You are here: Home / TRAVEL / Illinois / The Cross at the Crossroads

I’ve always been in love with Effingham, Illinois.  Whenever my dad and I took a road trip to or from Arkansas, Effingham was often the place where we’d take a break for the night.  Every time we got there, the first thing we’d do is giggle at the name of the town – it was like our own little inside joke. The last time I drove through, I stopped to see this giant cross. You can see it from the highway – I mean it’s HUGE – and I had always wanted to take a closer look. 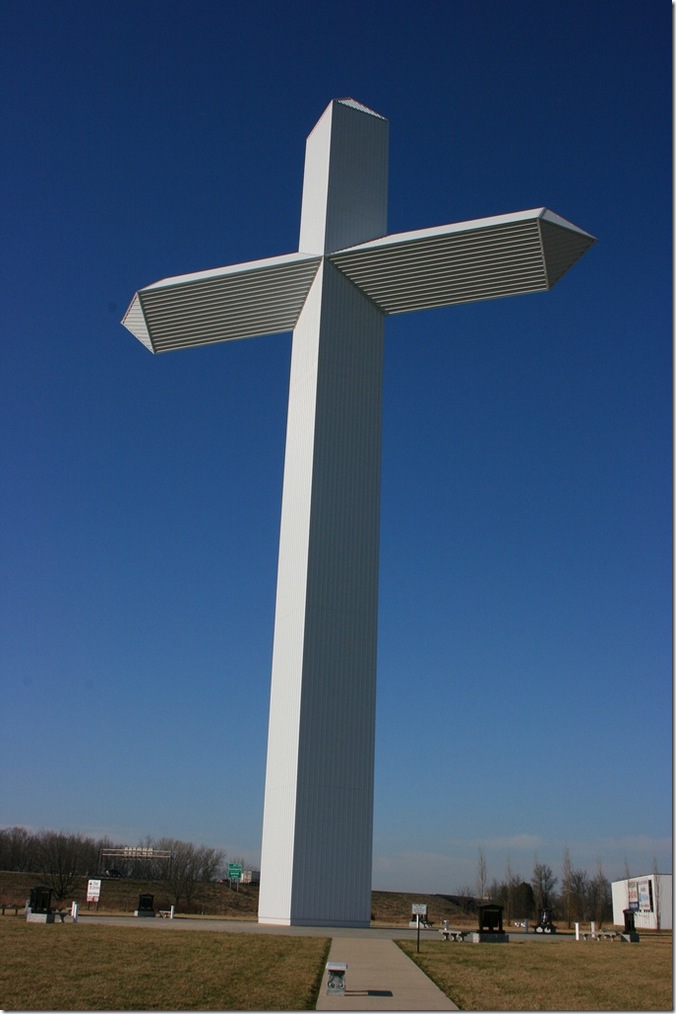 You see, it was built after my dad died so he never got to see it himself. And for some reason, the first time I saw it, I almost felt like it was symbolic of those times spent in Effingham with my dad. He would have loved this cross and being a photographer, he would have stopped and taken tons of gorgeous photos of it. Called the Cross at the Crossroads, it’s located on Highway 1-57 at Exit 159 in Effingham, Illinois.

It’s 198 feet tall – the equivalent of a 20 story building. If it was the tiniest bit taller, it would have to have a red light installed on top of it in order to meet FAA regulations. The foundation is 20 by 40 and 15 feet deep. It took 180 tons of steel and 640 two inch bolts to create the cross. 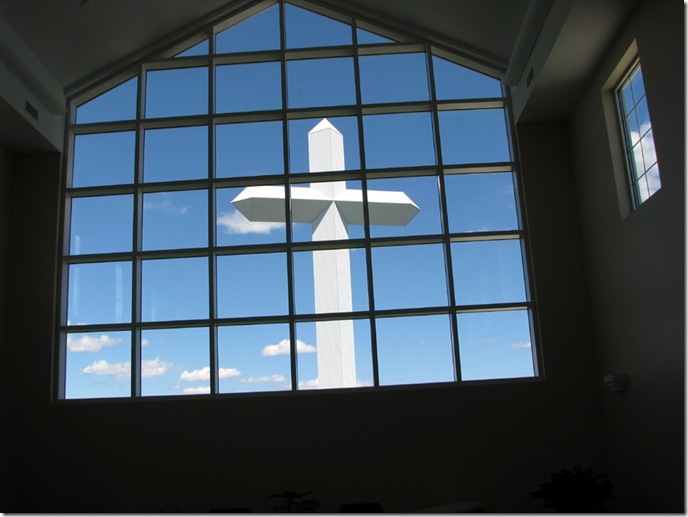 Modeled after a similar cross in Groom, Texas, the Cross at the Crossroads was designed by engineers in Kansas City, Missouri and sections of it were manufactured in Indianapolis. It was an international effort though with wind tunnel tests being conducted in Montreal. Final planning, construction and maintenance has been handled by AKRA Builders local to Effingham. From initial concept to the completion of the cross took 5 years.

Erection of the cross began on June 27, 2001. They were working against time to ensure that it was completed well before the high gusty winds typical of August because any wind at the time it was assembled could have meant disaster. The cross was first lit on September 16, 2001 – just five days after 9/11. In 2005, the chapel welcome center was opened. Maintenance of the cross and chapel welcome center is handled by a non profit group representing several denominations. They rely entirely on private donations and the more than 200 volunteers who staff the center each month.

More than 12000 visitors from stop at the cross each year – there have been visitors from all 50 states and 20 foreign countries. Many of these have left behind cigarette packages, liquor bottles, and flowers with notes telling of new hope and plans for a new life. The Ten Commandment stones around the base of the cross contain audio messages telling of each commandment and explaining how each relates to lives today. The cross has been the site of weddings, festivals, charity events, Easter services, and more.

Cross Foundation Mission Statement:  The Cross Foundation and the Cross at the Crossroads exist to share the Christian message of love, forgiveness, hope and eternal life, through Jesus Christ with as many people as possible through programs, activities, and the symbolism of the Cross.

Whether religious or not, it’s worth the stop to see this marvel of modern architecture and construction!