Toddler temper tantrums….they’re really something, aren’t they? All that yelling and crying and kicking! Yep, I remember those days well and lately, I’ve seen quite a number of posts appearing in my newsfeed about these tantrums and the funny reasons that kids seem to have them. But let me present for your consideration something that can rival the toddler tantrum in every way – the teenager tantrum! 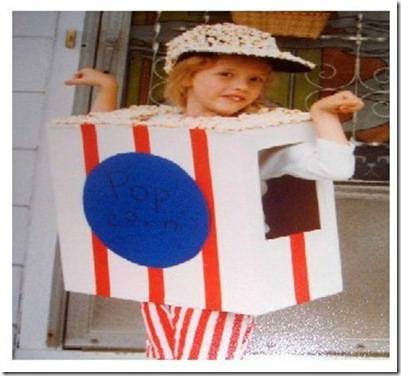 Oh yes, when my daughter was little we certainly had our share of tantrums. She went through the stage of saying “mine/my” to everything and anything. One day my mom said, “Sounds like someone needs an attitude adjustment.” to which my daughter replied “My attitude adjustment! Mine! Mine!” as she stomped down the hall screaming.

I remember another time when she was being particularly difficult and I told her she had to go to her room. I told her that no one else needed to put up with her bad mood and that she wasn’t to come out of her room until she had a smile on her face. In true Sammy fashion, about 15 minutes later she came out with a smile – one that she had drawn with markers, cut out of the paper, and taped to her face. Of course, we all broke out laughing and thankfully, the crankiness was over. 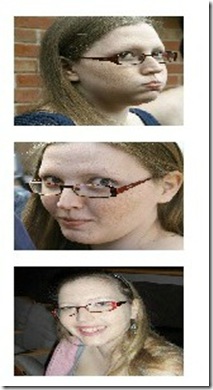 But one of the biggest tantrums I remember actually happened when she was 17. Now you need to understand that she was actually a pretty easy teenager – until her 17th birthday. Then it was like a switch was turned and she was now under someone’s evil spell. Ok, slight exaggeration but seriously, 17 was a LOT of work!

Anyway, we were in the car and my mom was with us, sitting up front next to me. Sam was in the backseat. We were at a very busy intersection with lots of traffic and I was concentrating on finding my opportunity for my left-hand turn. Nickelback apparently came on the radio – I say apparently because I was concentrating on traffic, not on the music. “Change it!!!!”, come the screams from the backseat. “Huh, what? Change what?” – still concentrating on traffic. “The radio station!!! It’s Nickelback! CHANGE IT NOW!!!!!” You would think she was being attacked back there from the horror in her voice. “Yeah hang on, I just need to pay attention to traffic.  I’ll change it in a second.” “NO!!!!!!!!!!!!!! NOW!!!!!!!!!!!!!!!!!!”

My mom tried fumbling with the radio but she didn’t know how ours worked so it was going to have to wait for me. “It will just be a minute. Hang on.” With that, my daughter, refusing to hear one more word out of Nickelback’s mouths, jumps out of the car into all of that traffic, saying she’ll walk home before she’ll put up with listening to that!!! Ummmm yeah. There’s a reason I got her a “drama queen” necklace for Christmas that year. I don’t remember exactly how I managed to get her back into the car but I do still have a vivid memory of her standing there, arms flailing, feet stomping, yelling, with all that traffic whizzing by.

My daughter is 26 now and this past May she got married. At one point she and her future husband were planning out the music for the wedding and reception. You can probably imagine the look on her face and the chill that descended over the room when he suggested some Nickelback. She may have grown up a lot since that incident, but apparently, she has not grown past her feelings for Nickelback.