You are here: Home / Entertainment / Girls’ Night In with Netflix and Orange is the New Black 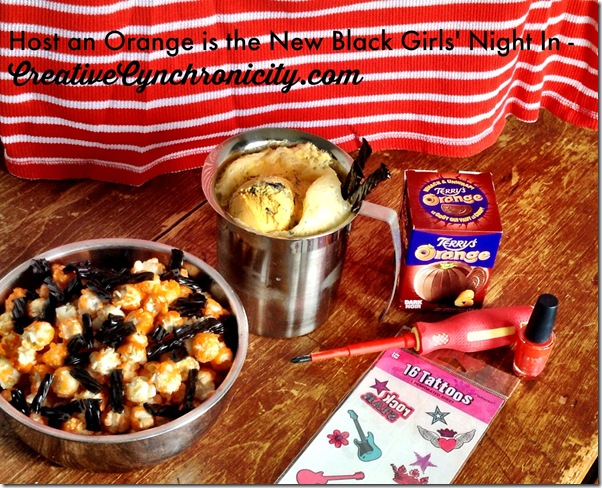 I’ve had a crazy busy schedule the last 6 weeks or so.  It began with working on my daughter’s wedding (making tons and tons of the decorations!), taking a break from that to head to Arkansas on Mothers’ Day weekend for SoFabCon, coming back home to work on the wedding some more as well as the bridal shower and bridesmaids’ brunch.  Finally there was the big day, family and friends galore, a day after the wedding BBQ at my house, and then just when you think I might get to rest…..there’s my daughter’s graduation from Teachers’ College, my grand niece’s birthday, my son-in-law’s birthday, and finally my daughter’s birthday.  In the midst of all that, I had what they first thought was strep throat and pneumonia but turned out to be mono.  Man oh man, did I ever need a break! 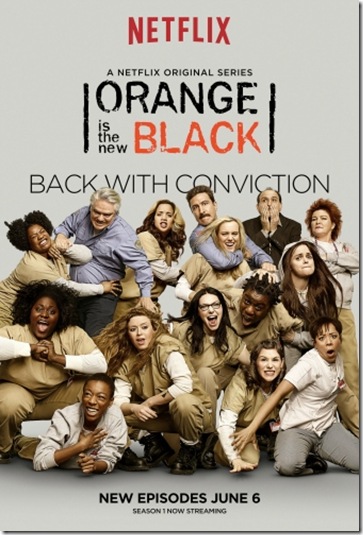 It was time for a little “me time” and as a member of the Netflix #streamteam, I knew just where to go for that – Netflix! I had heard so much about Orange is the New Black but had yet to start watching it.

From the creator of “Weeds” comes a heartbreaking and hilarious original series set in a women’s prison. Piper Chapman’s wild past comes back to haunt her, resulting in her arrest and detention in a federal penitentiary. To pay her debt to society, Piper trades her comfortable New York life for an orange prison jumpsuit and finds unexpected conflict and camaraderie amidst an eccentric group of inmates.

I really wasn’t sure it was for me but I thought, well I’ll try one episode.  That was on a Friday.  By that Monday, I had finished all of the first and second season and I was chomping at the bit, realizing I have to wait until next year for season 3. 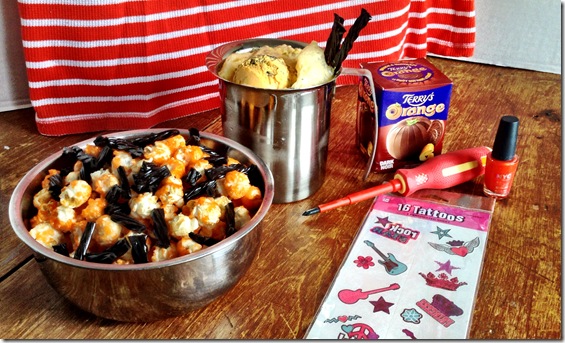 I was so hooked on OITNB and headed out onto the internet to “find my tribe”.  I needed to talk to other people about the show!  I wanted to know who their favourite characters were, what their favourite scenes were, what they thought might be coming in season 3.  In the meantime, I started planning out an Orange is the New Black Girls’ Night In.  It wouldn’t have to take a lot of work – after all, this is meant to be a way to relax – just a few key touches to reflect the theme. 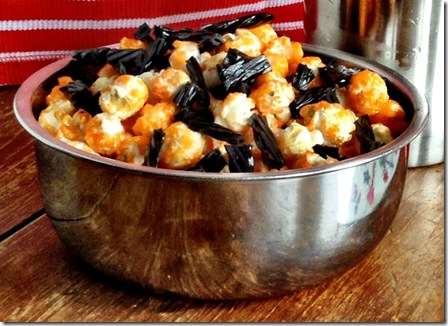 What’s a movie night without popcorn?  To make it go with my theme, I simply popped some popcorn (about 6 cups) and then made a syrup from 3 T. corn syrup (or make your own simple syrup), 1/2 butter, and one package of orange flavoured gelatin.  Heat the syrup up in a saucepan until everything is dissolved and well blended – this only takes a few minutes.  Pour this over the popcorn and toss until well coated.  Spread the coated popcorn on a baking sheet that you’ve covered with aluminum foil or parchment paper.  Place in a 300 degree F oven for about 10 minutes.  Allow it to cool and break it into pieces.  This is REALLY sweet so if you want to balance the flavour a bit, add some nuts and mini pretzels to the popcorn prior to coating it with the syrup.  I cut up pieces of black licorice and added that to the bowl to go along with my orange and black theme. 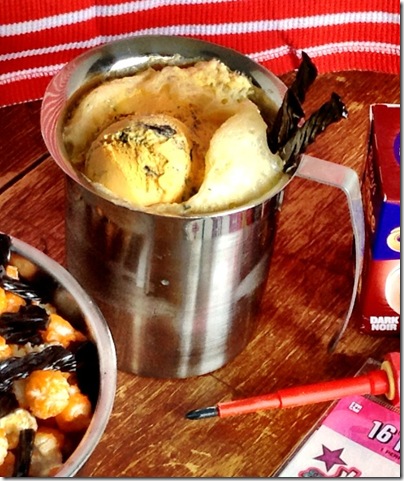 Next up was a beverage.  I decided to go with old fashioned floats – simple ginger ale or a lemon lime soft drink with Tiger Tail ice cream in it.  Put it into a tin cup and add a few “stirrers” of some more black licorice and you’re good to go!  Invite a few friends over to share in the laughter and tears of watching Orange is the New Black!

Do you need a break?  Check out Netflix for Orange is the New Black and many other great titles (just right for marathon viewing!) like these: 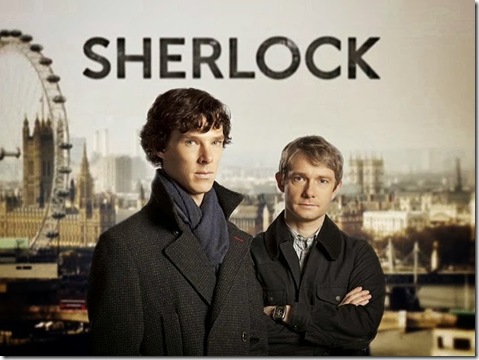 Sherlock – In this updated take on Arthur Conan Doyle’s beloved mystery tales, the eccentric sleuth prowls the streets of modern-day London in search of clues.  But really, who can go wrong with Benedict Cumberbatch and Martin Freeman? I have a confession – I rewatch this show over and over again! Excuse the drool! 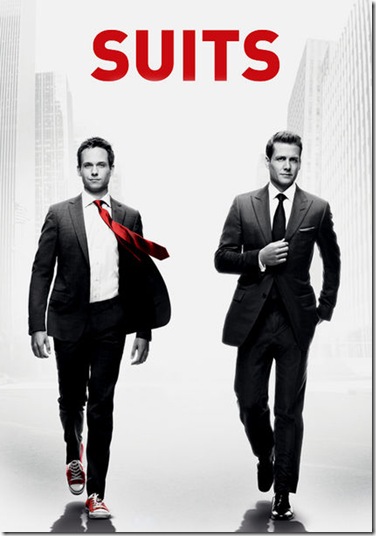 Suits – When he impresses a big lawyer with his razor-sharp mind, a college dropout scores a coveted associate job, even though he has no legal credentials.  Add in comedy, drama, and a little romance and who could ask for anything more?  This is the next show I plan to watch.  I haven’t started it just yet because I feel another marathon coming on, but don’t disturb me on Canada Day because I have a date with Suits on Netflix.

How have you been taking time for yourself recently? What shows are you enjoying on Netflix?