You know that expression that goes something along the lines of “When someone shows you who they are, believe them”?  That began resonating through my thoughts during the Oprah Lifeclass Live show.  In the past year, I have had many occasions to have people reveal themselves to me for who they really are and unfortunately, in several of those cases I’ve been incredibly disappointed.  Okay, let’s be real.  I’ve been more than disappointed.  I’ve been hurt, I’ve been angry, I’ve held grudges.

I think what this statement is supposed to mean is that you shouldn’t allow yourself to be stepped on, taken advantage of over and over again by the same person whom you’ve given multiple chances and who has failed you again and again.  It’s meant to be empowering – to encourage you to value yourself and to show you the importance of taking care of your own needs and your own happiness but without devaluing others. 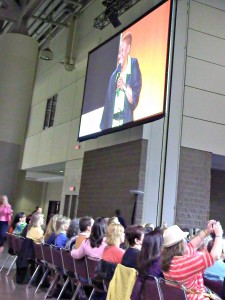 Unfortunately, I see some people using it as an excuse not to forgive.  You did something to upset me = you have revealed yourself to me = I need to protect myself so BOOM, you have been unfriended.  I don’t see the forgiveness in that but I can understand the self-preservation instinct.  What I heard last night was that you can still protect yourself AND forgive – it doesn’t have to be an either/or situation. 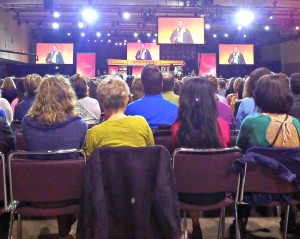 So, what DO you do if someone “does you wrong” over and over again?  Bishop Jakes said: Step one – Move out of harm’s way.  Step two – Forgive.  Forgiveness doesn’t mean that you are giving your approval of what they did to you.  It means that what they did no longer matters to you.  You take back control. 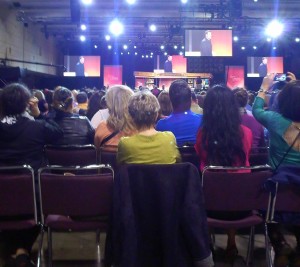 Iyanla said that we need to realize and accept that they did the best that they could at the time.  Forgive.  Tony Robbins said that we don’t have to be a slave to our past – people can move beyond their blueprints and this, to me, means that releasing the past and moving on from it is not only possible, it’s vitally important.  Forgive.  Bishop Jakes said we don’t want to be defined by what happened yesterday. I take from this that we should understand that others don’t want to be defined by their yesterdays either.  Forgive.  Deepak Chopra said that holding onto resentment is like holding onto your breath – you suffocate.  Forgive.