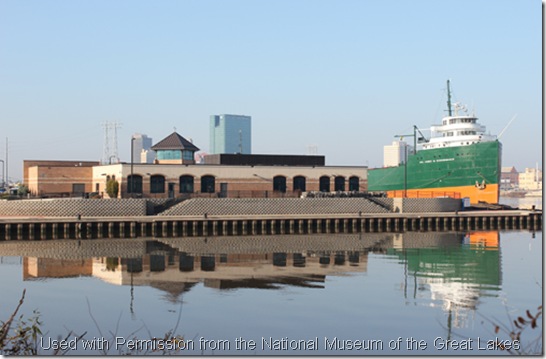 Disclosure: I received free admission to the National Museum of the Great Lakes as part of a press trip through Xanterra Parks and Resorts/Ohio State Park Lodges. Honestly, when I first saw this on the itinerary, I thought “yawn” but it was in fact, very interesting and a lot of fun. I would most definitely go back again! 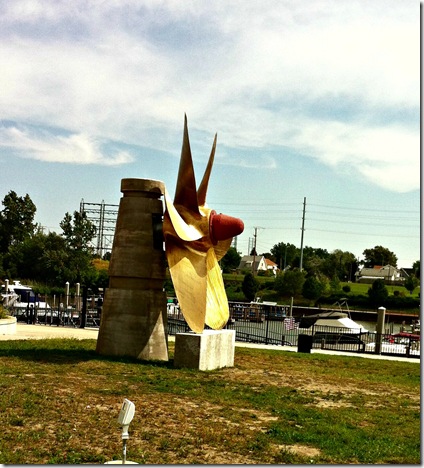 As I was going through my trip to Ohio, the Ohio State Park Lodges, and nearby attractions, my number one thought was always about whether I could picture my family enjoying being wherever I was at the time. As we were driving to the National Museum of the Great Lakes, in all honesty, my inner dialogue went like this, “Ok, I’m a history buff but I have no interest in ships or the Great Lakes other than to sit on the beach staring out at one of them. I always try to make the best of things so I’m sure I can find something at least mildly interesting there, even if just from a design standpoint?? I doubt that it would be some place I’d want to return to though and I sure can’t imagine the kids finding anything enjoyable about it!” 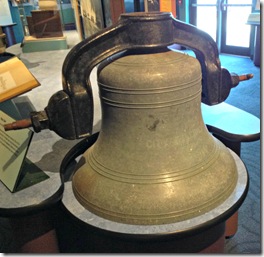 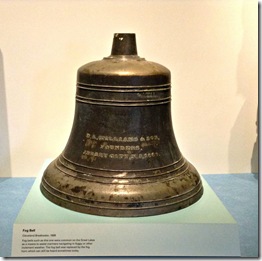 I was so wrong. I’ve been to many many museums in my day and this one definitely stands out as one of the best. I know, I can’t believe I’m saying that either. I mean, I know that the Great Lakes are very important not only to the existence of those of us who live near them but to the world – after all, 84% of the continent’s fresh water comes from the Great Lakes. It is vital to our communications, economies, transportation, industry, recreation, even politics, and of course, our very lives. But, is it just me or do you feel like you’ve heard everything you really cared to know about the Great Lakes already? 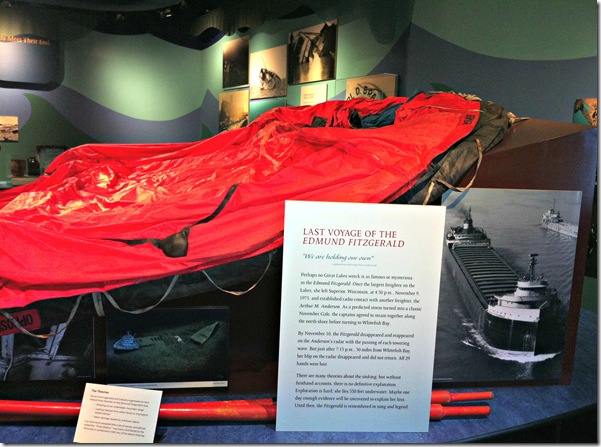 One of the actual emergency rafts recovered from the Edmund Fitzgerald

Well, here are my top five reasons why the National Museum of the Great Lakes is a must visit destination for families: 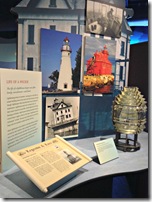 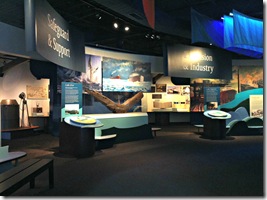 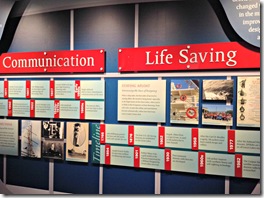 1 – I expected one of those “make-shift” kind of museums. You probably know the ones – they’ve been set up inside of an old barn or factory and they really didn’t have the budget to fix it up quite as much as you might want. Not so here. This museum is fresh and modern in design and set up. Displays are well thought out and inviting. 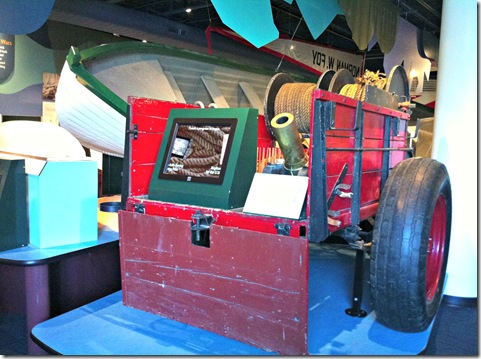 2 – It’s a place for the whole family. You might be thinking – “My kids? In a museum??? I’d spend my whole time shushing them and telling them not to touch. Here’s the thing. This museum has 40 interactive exhibits. With your supervision, the kids CAN touch, they can try things out, they can learn in a very hands on way that feels more like playing than learning. 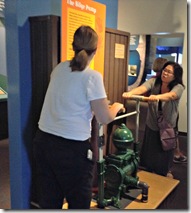 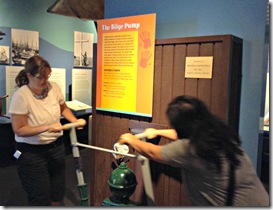 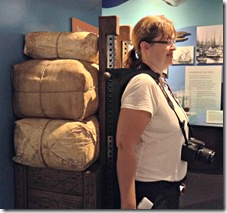 3 –  You think you know all about the Great Lakes? I did too but I learned so much more at the museum and it was fascinating. You can see what it would be like to dive the wreck of the Edmund Fitzgerald, work to keep your ship afloat by operating a real bilge pump, try to lift a really heavy backpack such as an early European fur trader would have carried, and unload coal from a railroad car, all through their interactive displays. with  As they state, “Our exhibit philosophy is simple; educate and entertain.” and they do an excellent job of that! 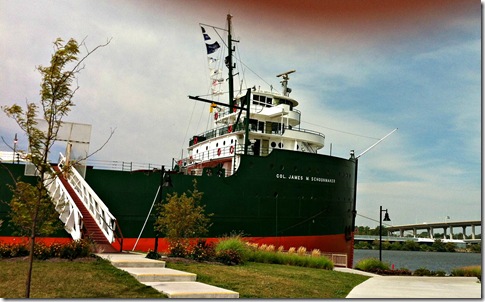 Why yes I did get my finger in the shot…sigh.

4 – “Nope Cyn, you don’t know my kids. They wouldn’t like a museum. We’ll pass.”  Well, what if I told you that for just a few dollars more you can visit not only the museum but also the Col. James M. Schoonmaker Museum Ship? After seeing it, I was convinced that even the most reluctant museum goer would love to get a chance to board that ship and have a look around!  Note: the museum is open year round excluding holidays but the ship is open seasonally.

5 – They have fun events for the whole family including Boo on the Boat, October 25, 2014, a day of trick or treating aboard the Schoonmaker ship and on November 29, 2014, Santa arrives at the museum..

And a bonus reason, Toledo is only about a 2 1/2-3 hour drive from the London, Ontario area, an hour from the Detroit, Michigan area, and about 2 hours from Cleveland, Ohio, making it a great place for a day trip for my family!

Pretty amazing, right? So, what do you think your family would like the most about the National Museum of the Great Lakes?

For more information, have a look at the museum’s website,like them on Facebook.and follow them on Twitter.