You are here: Home / CELEBRATE / Ernie the Elf and the Santa Sack 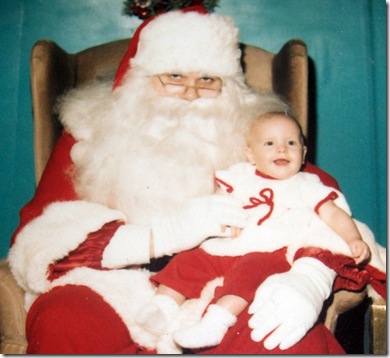 I’ve been doing a lot of reminiscing this weekend. Yesterday was St. Nicholas Day and that was always such a fun day in our home. The night before, my daughter would put out her boots – yes it’s traditional to put out shoes but she’s no dummy. Boots hold more. That night her guardian elf Ernie would come to visit and he’d bring her some gifts from Santa to put in her boots. They were usually things to use during the holiday season: a Christmas colouring book, a new ornament for the tree, holiday socks, a new set of Christmas pjs…that kind of thing. 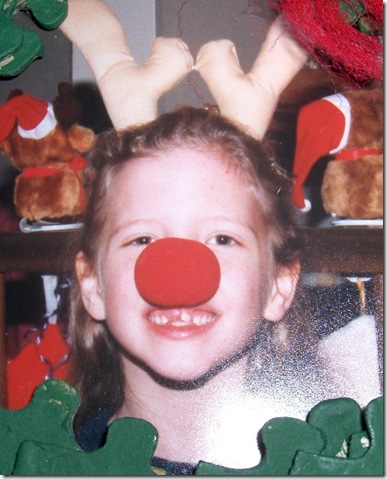 Oh, you’re probably wondering what a guardian elf is. Well, it’s a combination of a Christmas elf and a guardian angel. When a child is born, he/she is assigned their own guardian elf and that elf watches over them for the rest of their lives. So on St. Nicholas Eve, my daughter would write Ernie a letter and make some tiny sized treats for him. She’d put out some carrots for the reindeer who would transport Ernie to our house and then back to the North Pole. 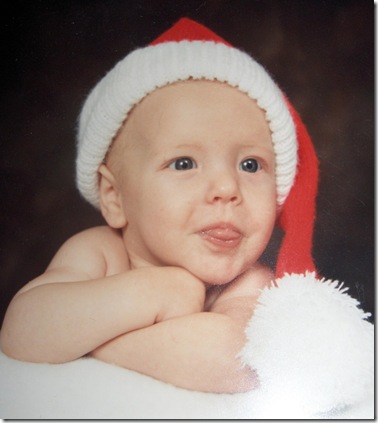 A few days before this, she would write her letter to Santa with her wish list in it and she’d start gathering up items for the Santa sack. This would mean going through her old toys and picking out ones that she didn’t use anymore. These would go into the sack and when Ernie came to visit, he would take the bag back to the North Pole where he and his fellow elves would fix them up and use them as extra toys to be able to give out more to the kids who didn’t get as much at Christmas. 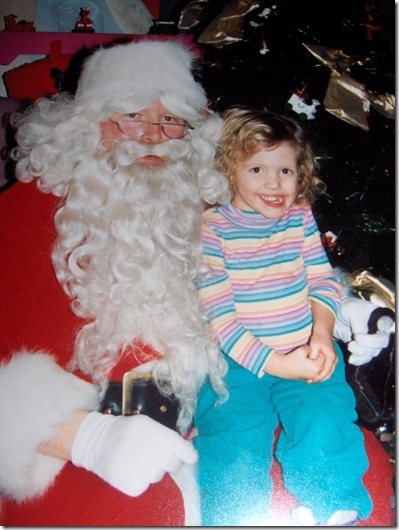 Now, of course the Santa sack was a great way to get Sam to get rid of stuff, clearing out some room for the new items that would be coming in during the holidays. But, one year I discovered a side benefit to it. You see, the only thing on her list that year was the Little Mermaid on VHS. New copies of it had sold out and Disney had returned the movie to the vault. I searched high and low all over over town trying to find her one. It was all she talked about. Finally, at a used book and video store, I found a second hand copy. It worked fine but the box was somewhat beaten up looking. (It was also $100…..for a movie…..the things we do for our kids). So, I bought it and wrapped it up as a Santa gift and of course, when she opened it, she said, “Oh look Mommy! I got a gift from someone else’s Santa sack!” 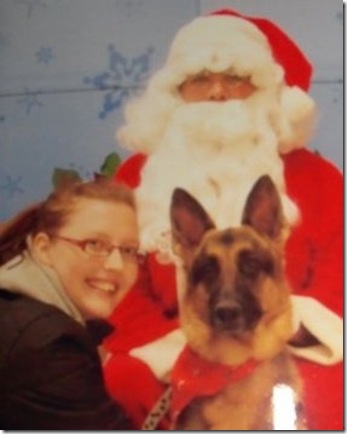 Ernie was a regular visitor to our home for many years. Sam would create little villages for him and his friends to live in. She and Ernie would write letters to each other and she’d often confide in him when she was worried or upset about something. Ernie began to leave special little gifts for her when she needed a lift and he;d bring news about the goings-on at the North Pole. Eventually, as she grew up though, Ernie’s visits became less frequent and eventually they stopped all together. I kind of miss him. But I know that one day, Ernie will come back. He’ll bring his children with him and introduce them to a new generation of our family. And they’ll get their very own guardian elves.