You are here: Home / INSPIRE / Thank You Target – McDonalds Are You Next?

“We never want guests or their families to feel frustrated or limited by the way things are presented. Over the past year, guests have raised important questions about a handful of signs in our stores that offer product suggestions based on gender. In some cases, like apparel, where there are fit and sizing differences, it makes sense. In others, it may not… we know that shopping preferences and needs change and, as guests have pointed out, in some departments like Toys, Home or Entertainment, suggesting products by gender is unnecessary.”

Thank you Target! This makes me so happy. Now, I’m hoping that others will follow suit, starting with McDonalds.

McDonalds, let me just tell you about a conversation I had at one of your restaurants recently. I was picking up meals for my nephew and his family, including a happy meal for their daughter. At age 6, she is already well aware of gender stereotypes. People seem to automatically make the assumption that since she is is female and 6, she MUST be obsessed with princesses. In fact, she’s more into Marvel Super Heroes (Spider-Man in particular), Star Wars, and Skylanders and really doesn’t care for princesses that much.

This presumption is often most clearly present at McDonalds when ordering a Happy Meal and you are asked the inevitable question “Do you want a boy toy or girl toy with that?” During my recent visit, I asked, “what are the toy options?” The answer, “Ma’am, we have a boy toy or a girl toy. Which one would you like?” Me: “Specifically, what are those toys?” This time, the response was, “We have boy toys and girl toys. Are you getting the Happy Meal for a girl or a boy?” 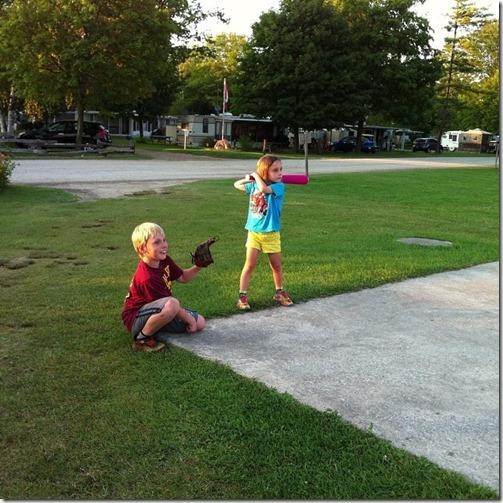 LOOK! A girl and boy sharing the same interests!

I explained that I was getting the toy for a child, that there is no such thing as boy toys and girl toys, that there are only toys and that choosing such a toy should be based on the particular likes and interests of that child, not their gender. The response? “Ma’am I just need to know if you want a girl toy or boy toy with your Happy Meal.” Sigh.

I finally just said “I’ll take a boy toy please.” because clearly I wasn’t getting through to the person serving me and chances were, my grand niece would prefer the so-called boy toy over the girl toy. Still, it’s frustrating to have to pick based on gender. Even the 6 year old finds it frustrating – all too often at McDonalds she isn’t even asked which toy she would like. She is just automatically handed the “girl toy” and more often than not, one of her parents has to step in to get her the one she wants.

We’ve made so much progress over the years in allowing men and women choose who they want to be in life, what careers they want to have, what interests they’d like to pursue without the roadblock of gender discrimination. And yet, we are still labelling things as “girl toys’’” and “boy toys”. How about it McDonalds? Will you follow Target’s lead and take a big step towards true gender equality?