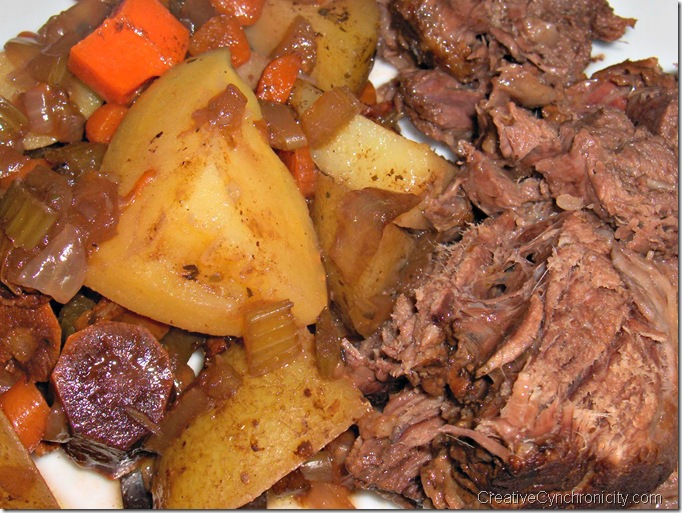 Do you love pot roast as much as we do in my family?  So succulent and delicious and SO convenient and easy to make!  I’ve heard a lot of my friends saying that they only make a roast for special occasions but really, it’s a simple dish to put together and throw into the slow cooker.  When dinner time rolls around, just serve!  Best of all, you can take that leftover pot roast and turn it into some other tasty dishes! With a pot roast, you can take the less tender (read: less expensive) cuts of meat and turn them into something that is so tender it practically melts in your mouth! What a fantastic way to make use of delicious Canadian beef! 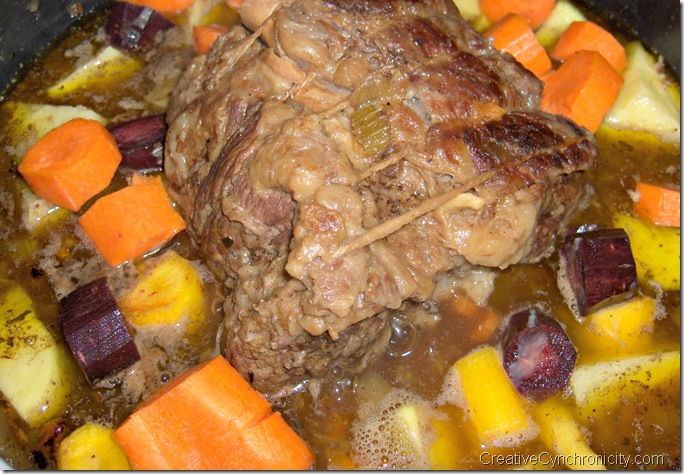 Do you know the difference between an oven roast and a pot roast?  Many people don’t.  It’s all about the cuts of meat and the cooking methods best suited for each.  Oven roasts are cooked in the oven using dry heat while pot roasts are cooked in pots using moist heat by braising, pot roasting, or simmering in a liquid to help tenderize them.  Check out this blog post to learn more about the different types of roasts and the different cooking methods. Good choices for pot roasts: blade, cross rib,top blade,bottom blade boneless, brisket or· shoulder. A pot roast should be cooked until well done and fork tender.

Here’s my favourite pot roast recipe.  It started as a recipe called Flemish Pot Roast from the Betty Crocker Working Woman’s Cookbook.  I relied heavily on this cookbook as a young single working mother and this was one of our favourite recipes in it.  Over the years, I have changed it, added to it, and kind of combined parts of several recipes into one.  When I make this one, my daughter calls me the pot roast queen so I guess that means it’s a hit!

flour (about 1/4 cup for dredging the roast in)

about 1 T. oil (canola, grapeseed, or something similar) as needed

About 4 cups of potatoes, carrots, and any other vegetables you’d like to cook with the roast as your side dish (optional)

Instructions:  Fry the bacon until crispy in a heavy deep pot with a tight-fitting lid (or have some foil or parchment paper on hand to make a tighter seal) such as a Dutch oven or a large stock pot.  Set aside on paper towels to drain. 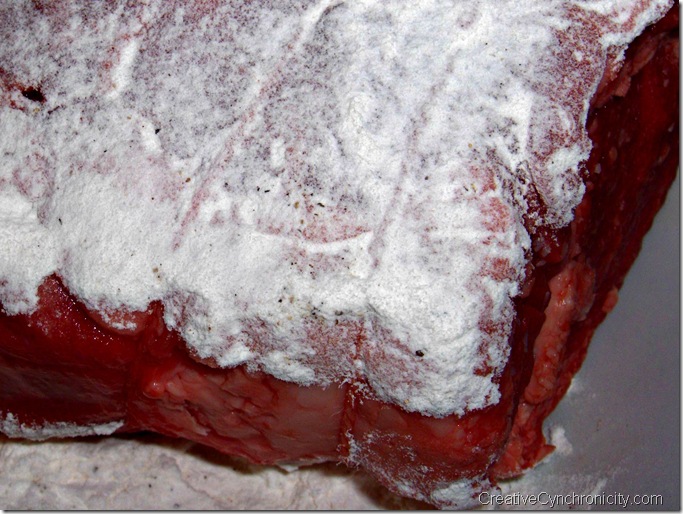 Pat the roast dry.  Dredge the roast with flour seasoned with salt and pepper to taste. 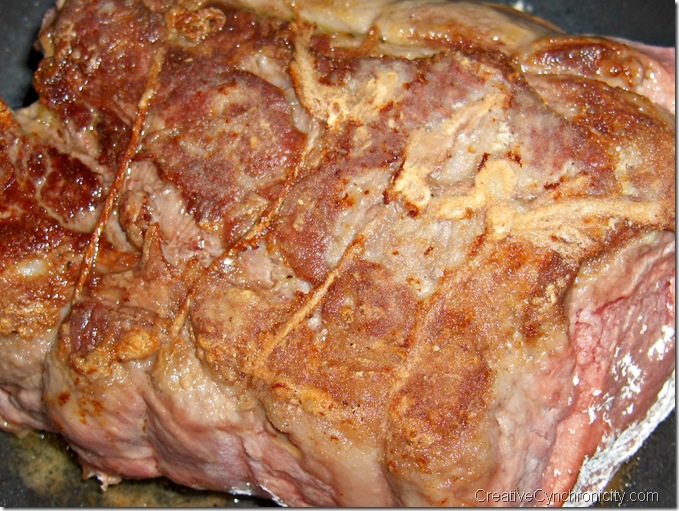 Sear the beef on all sides in the pan of bacon fat until brown all over, about 10 minutes.   Remove the roast and set aside.  Next up are the vegetables that you have chopped finely.  These aren’t meant to form a side dish – those will be added later on.  These are helping to form the foundation for the cooking liquid that will later become a sauce or gravy. 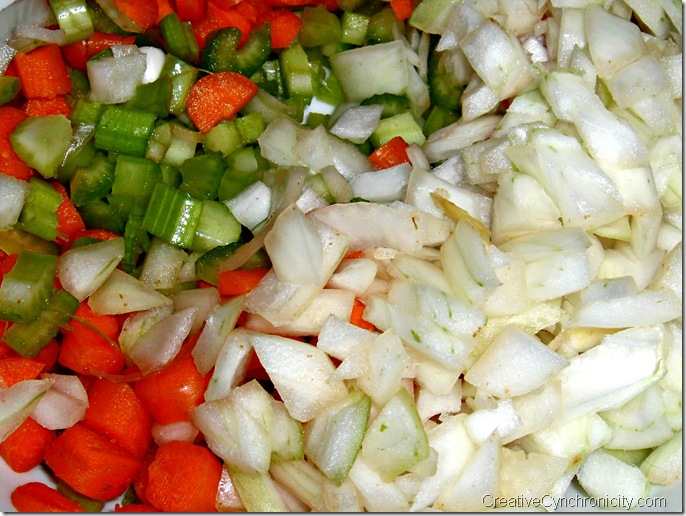 Saute the carrots, celery, garlic, and onions for a 2-3 minutes in the same pan of bacon fat, adding a bit of oil if needed.  I like to add a bit of butter as well because it adds such richness to the cooking liquid.   Sprinkle in the brown sugar and vinegar for another minute or two to caramelize the onions and other vegetables. 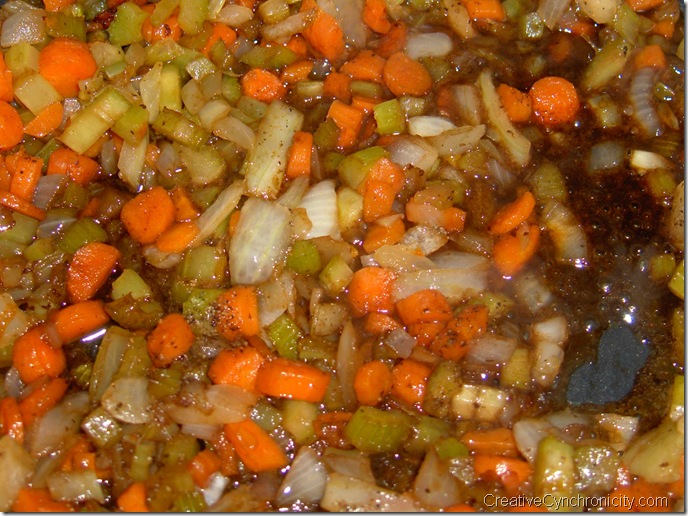 Pour in about 1/4-1/3 cup of the beer/cola and deglaze the pan (stirring and scraping up the browned bits on the bottom of the pot).  Pour in the rest of the liquids and add the herbs. 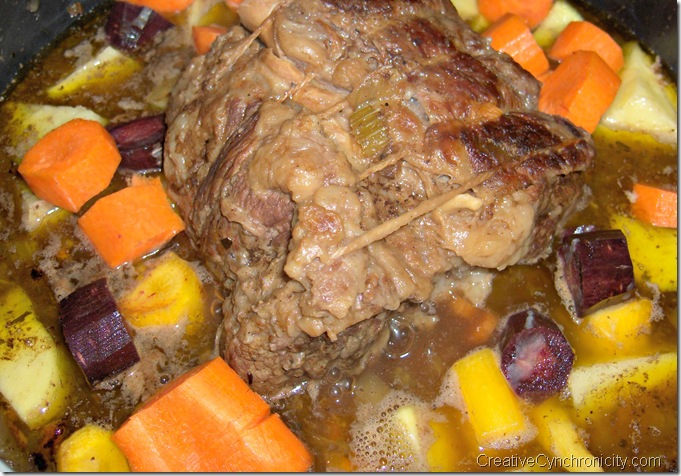 Put the roast back into the pot. (Note: this recipe works really well in the slow cooker too!).  Bring to a simmer over low heat on the stove, put the lid on the pot, (you can also do the roast in the oven at 325 degrees F), and cook for about 2 hours.  The liquid should be about 1/3 of the way up the side of the roast – check on the roast every so often and add more liquid if needed. 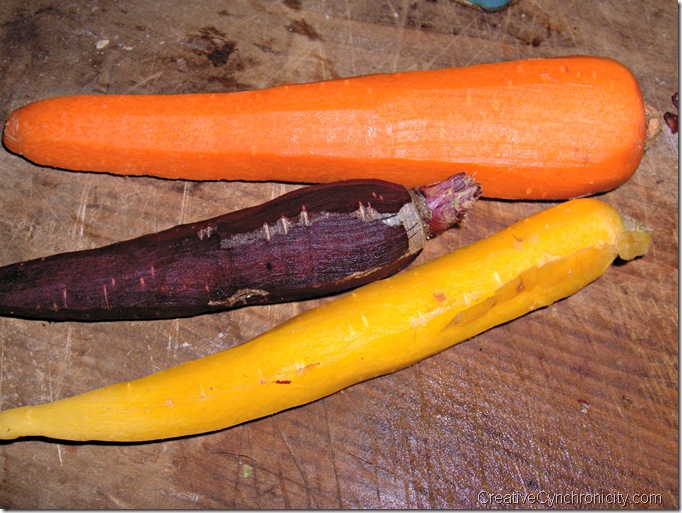 At the 2 hour point, flip the roast over and add the vegetables you’d like as a side dish (optional).  Cook for an additional 45 minutes to 1 hour until the roast is fork tender. 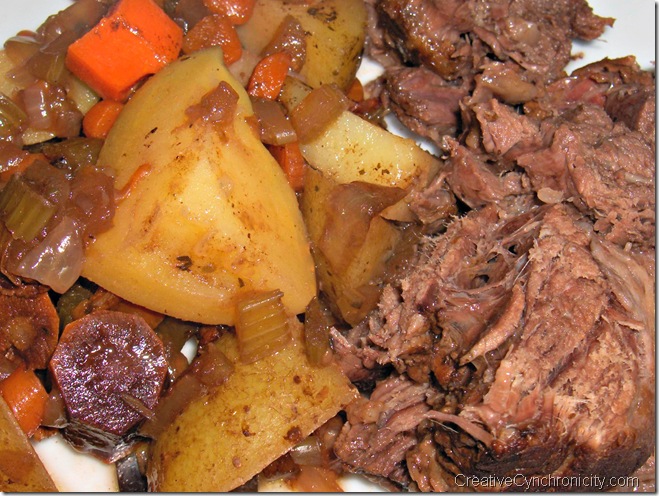 I usually take some of the cooking liquid and make a sauce or gravy out of it (I reserve some of the liquid for use with the leftovers).  My mom always made fantastic gravy – she would combine about 1 T of flour with about 1 cup of milk in a container with a lid so that she could shake it up until well blended with no lumps.  If you want to make more of a sauce, you can use equal amounts of cornstarch and cold water.  For each cup of liquid you are wanting to thicken, use 1 T. cornstarch and 1 T. water.  You want to whisk either of these thickeners into the boiling liquid and stir until it thickens.  Want a simpler option?  Just stir some heavy cream into the cooking liquid and heat through. 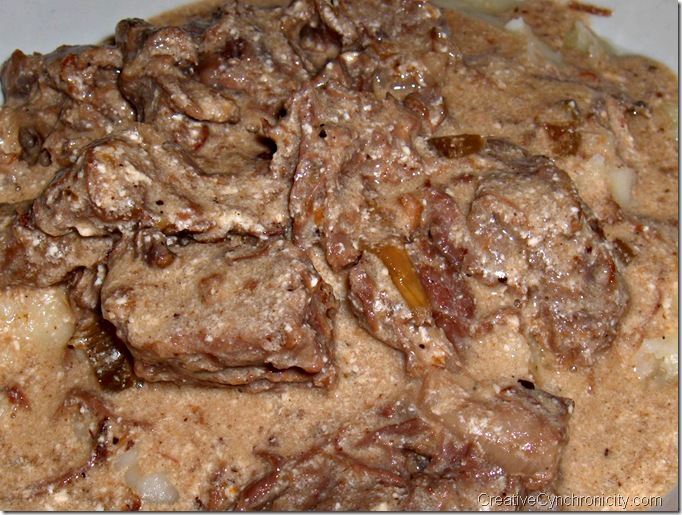 Now, as I said previously, one of the best things about making a pot roast is getting to enjoy the leftovers.  Don’t like eating the same thing twice in one week?  Well, with pot roast, you can easily give the leftovers a “makeover” and turn them into a different meal.  For the one above, I cut the roast up into chunks and reheated it in some of the cooking liquid for about half an hour until heated through.  During the last few minutes, I stirred in some sour cream to turn it into beef stroganoff.  If you like mushrooms, throw some into this dish to add even more depth to the flavour.  This is delicious served over noodles with parsley sprinkled over top.

Another option instead of the sour cream is to stir in part of a can of condensed tomato soup to create what my Mom used to call “swiss steak”.  Serve this over mashed potatoes.  Yum yum!  Do you have some of the leftover gravy?  Make a quick version of Shepherd’s Pie by heating up some of the leftover roast and gravy.  To serve, top this with cooked corn (or even a vegetable blend) and mashed potatoes.  You can garnish with a sprinkle of paprika if desired.  Or how about making beef fajitas, pulled beef sandwiches, hot beef dip sandwiches?

Check out the Canadian Beef website for more great ideas!  You’ll find basic information about Canadian beef, how to choose it, how to cook it, tons of recipes, step by step lessons, and free cooking booklets.  And while you’re there, you can sign up for the free newsletter and be entered to win a talking remote thermometer valued at $120!

Disclosure: I am participating in the Canadian Beef pot roast campaign by ShesConnected. I was compensated in exchange for my participation in this campaign.  All opinions and ideas are my own.