You are here: Home / CREATE / Rockets Candy Creations and a Giveaway

I have to say, I’m pretty excited about these creations.  You see, Rockets are one of my all time favourite candies!   And when it comes to handing them out for Halloween, it’s so good to know that Rockets candy products are gluten free and vegan.  They contain none of the top known allergens so they’re safe for most children.  For more information about Rockets candies and allergens, be sure to head on over to the new Rockets candy website.  Do you live in the United States? Well then, you know Rockets candies too – they’re sold under the name Smarties where you are!

For my first creation, I went with the obvious:  a Rockets Candy Rocket! It was an idea that just yelled out to me given the product name!  To make these, for each rocket you need: a giant Rockets candy roll,  tissue paper in yellow, orange, and red, tape (regular or double sided), construction paper or craft foam (I used some red with white for accents and the nose cone), and scissors. 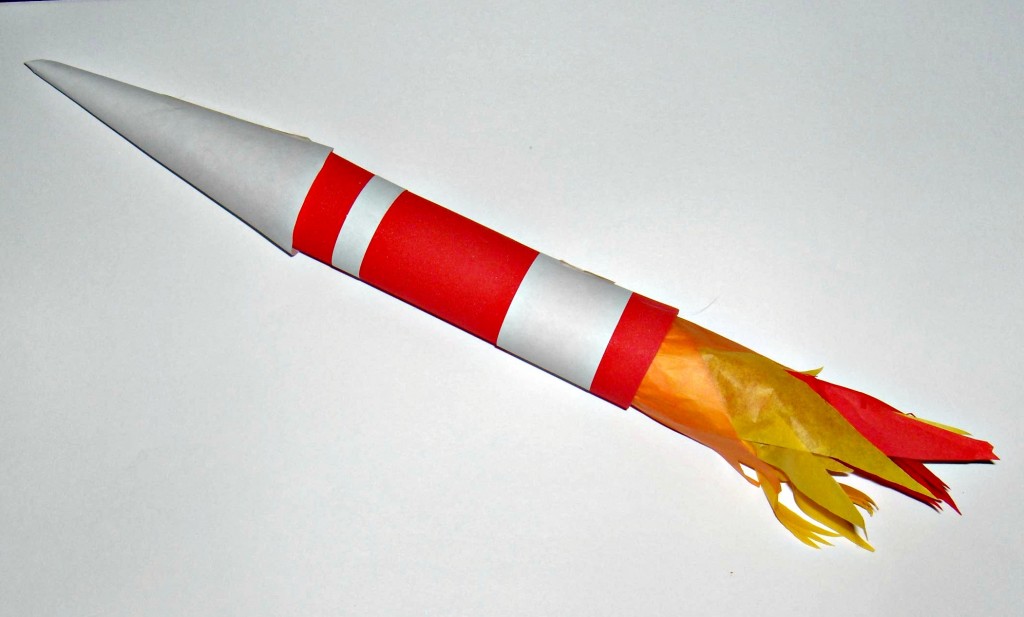 I used my double sided tape to add a couple accent strips of white paper on the rocket body.  You could let the kids go crazy decorating these in whatever way they’d like, even adding messages like “Blast off with Rockets” to them.  Finally, I cut a circle out of white paper and then cut a wedge from that circle to form the nose cone for the rocket.  Form it into a cone shape, securing with tape and then tape to the rocket base.  That’s it!  You now have a super cute Rockets Candy Rocket to hand out for Halloween or for your child to take as classroom treats at school. 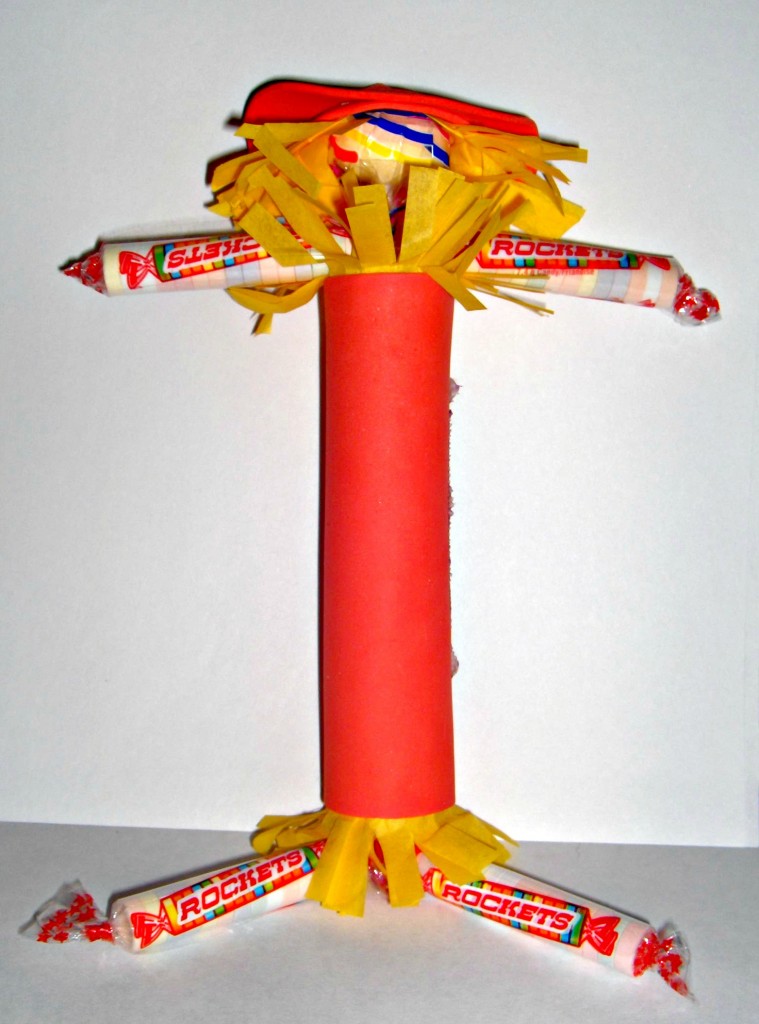 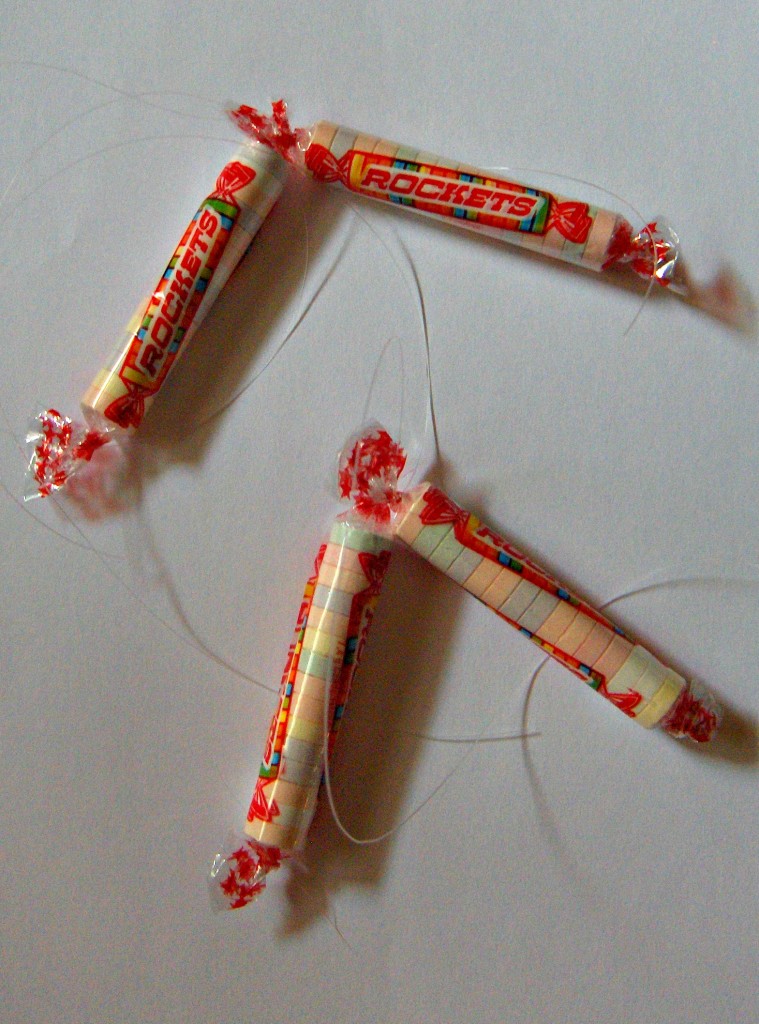 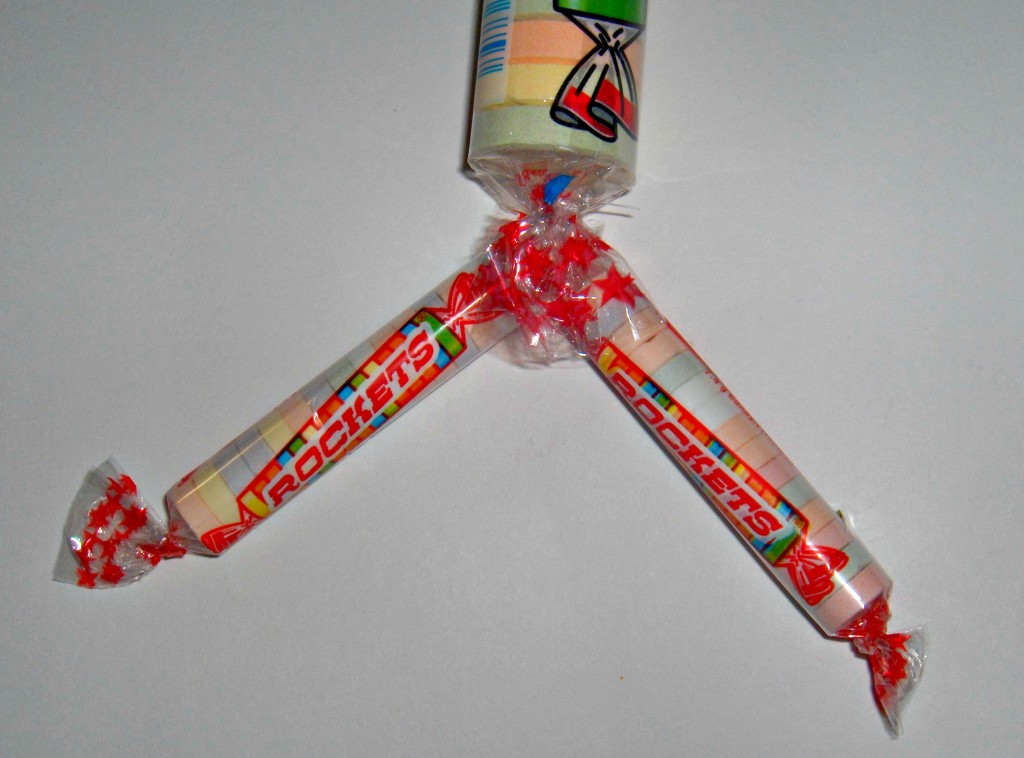 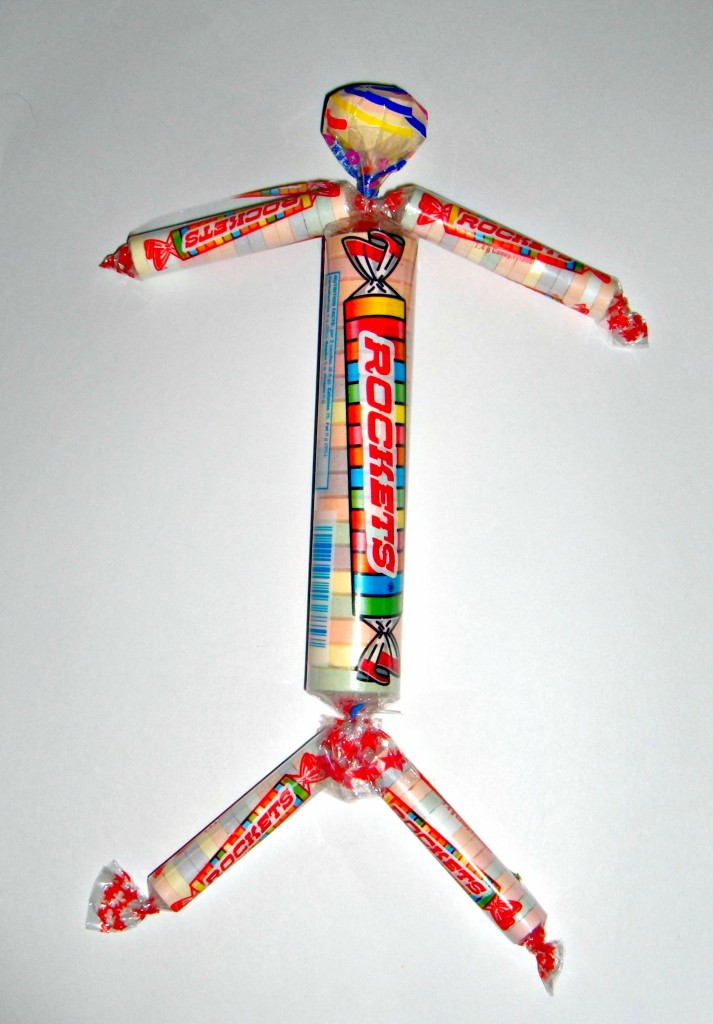 Cut a rectangular piece of paper or craft foam to fit around and cover the giant Rockets candy roll.  Cut some fringe from the yellow tissue paper and tape some to each end of the paper or craft foam rectangle.  Wrap this around the giant Rockets candy roll to cover it, with the taped part of the yellow tissue paper fringe on the inside so it doesn’t show and so that the tissue paper looks like straw sticking out from the top and bottom of his body. 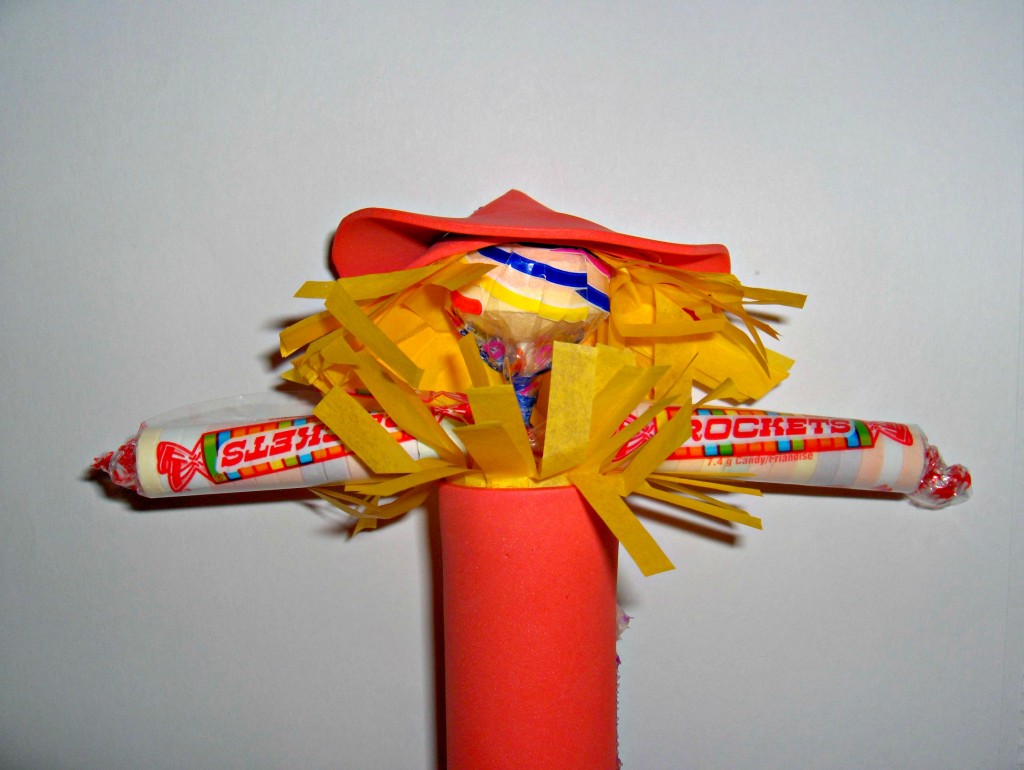 Cut a circle out of the paper/craft foam and cut a wedge from that circle for the cone part of his hat, just as done above for the cone of the rocket ship.  Cut another circle out to form the brim of the hat.  I cut out the center of it to form sort of a donut shape and then pushed the cone part up through the donut, securing with tape.  I added some more tissue paper fringe inside his hat to look like straw coming out from under it.  I think there are so many different variations that could be done with this.  What about making the basic figure and then letting the kids decide what they want to turn it into?  Maybe a witch or a Frankenstein monster? 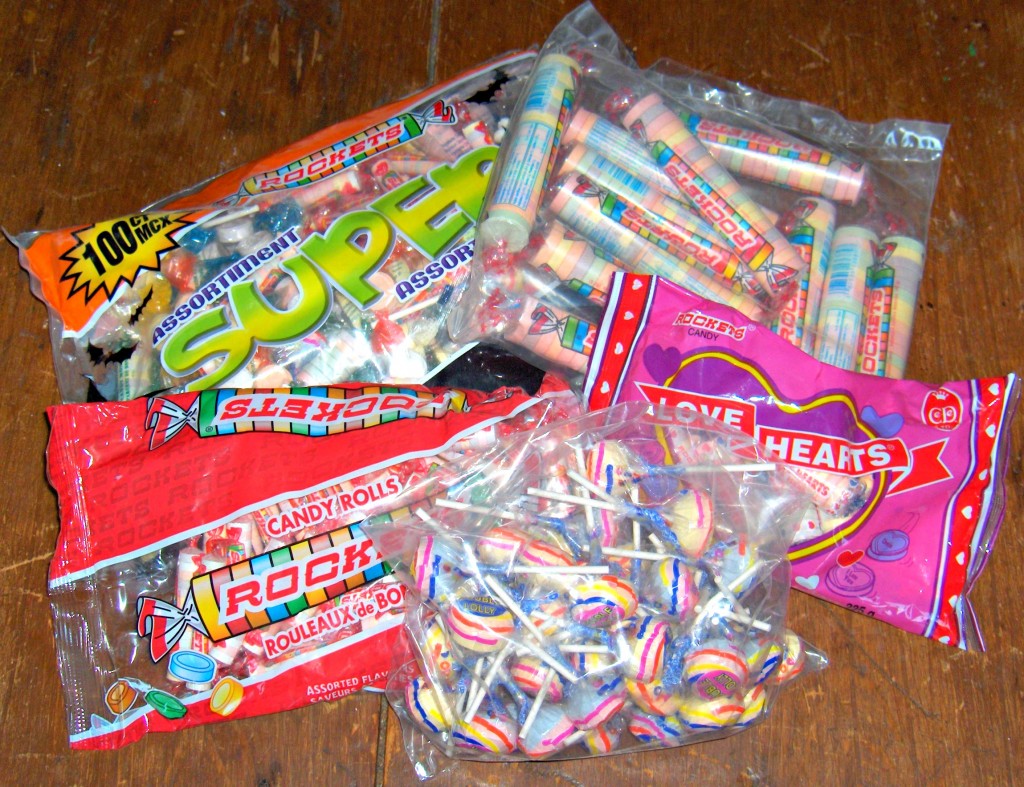 Enter below via Rafflecopter – contest open to Canadian residents only

Be sure to check out Rockets here:

I am a member of the Collective Bias™ Social Fabric® Community.  This content has been compensated as part of a social shopper insights study for Collective Bias™ and Rockets #CBias #SocialFabric.  All opinions and ideas are my own.