You are here: Home / Charity / No Kid Hungry #GoOrange 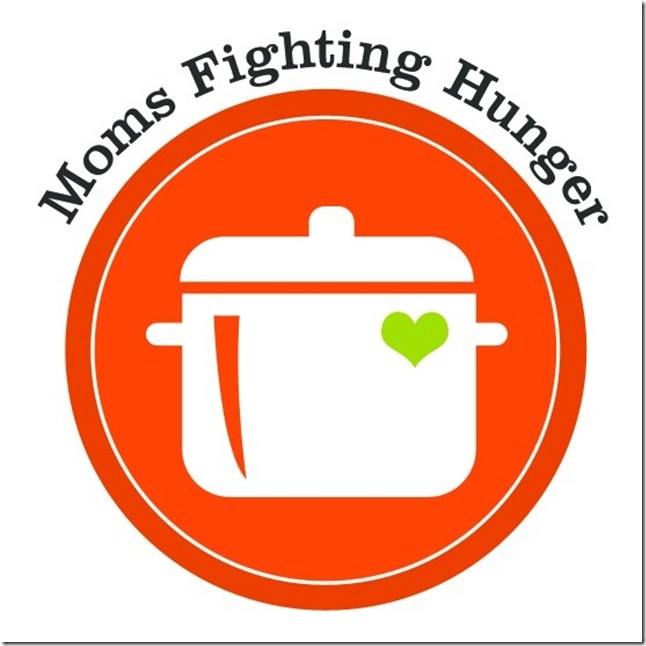 As a former classroom teacher, I am, unfortunately, all too aware of the extent of children living in hunger.  When a child’s basic needs aren’t being met, you can be sure that not only is learning fairly low on their list of priorities, but it’s also something that’s pretty difficult to do no matter how badly they want to!  That’s why I’ve joined ranks with some other bloggers to take part in Moms Fighting Hunger.  September is National Hunger Month in the US and although I live in Canada, a hungry kid is a hungry kid and we can all help out our local communities!

There was not a single school year or a single classroom I was in where there wasn’t at least one student who was coming to school hungry.  I’m not just talking about those kids who didn’t have breakfast. These kids were always “forgetting their lunches” too – in other words, there was no food at home to bring for lunch but they tried to save face in front of their classmates by claiming to have forgotten to bring a lunch.  Too many of these kids hadn’t even had dinner the night before.  They were arriving extremely hungry and here I was, expecting them to concentrate on the math lesson I was teaching.  It wasn’t just my classroom either.  It was a school-wide issue.  So all the teachers and the principal sat down together and brainstormed some ideas to help these kids.

We started the day with a breakfast program.  A child could show up half an hour early and teachers would take shifts preparing breakfast for them.  The food came from a local community group we found who were happy to donate money and supplies to us.  In many of our classrooms, we also would fill up a basket at the beginning of each week with fresh fruit and healthy snacks that the kids could help themselves to on their way out to recess.  Filling those baskets – well that usually came out of the teachers’ pockets.  The same community group who helped us with our breakfast program also later provided us with a closet filled with non-perishable foods that we could use to put together lunches for our hungry students.  Finally, any of us who ran after school extracurricular sports teams or homework clubs or anything of the sort started providing snacks during that time as well.  There was no way we could actually give these children a full dinner but at least we could send them home with full bellies!

Our local parish (I taught in a Catholic school) upon hearing about this sent us food donations for our after school programs.  To help out with the food situation in the homes of many of our students, we set up food donation boxes throughout our school and regularly had food drives.  Rather than sending these to our local food bank (which of course sorely needs these foods as well!), we kept them “in house” and sent them to the homes of our students where we knew there was a great need.  We did an extra drive at Christmas for food and gifts for the families in need.  I’ll never forget helping to deliver some of those packages during the holidays – the looks of gratitude on the parents’ faces when they saw that even though the kids wouldn’t be in school (where they were being fed on a daily basis), there would still be food for them over the holidays – and some new toys to boot!  When parents at the school realized what we were doing for the students, many of those who could afford to, began donating food and money to us and helped ease the financial burden by sharing it.  We even had some parents who worked at some local food company factories who got their companies involved and they would send us cases of their product to use.

I know this sounds like a lot but really, it began as a very small program.  Some of us had started the food baskets in our classroom and our principal was so inspired by what we did, that he started seeking out the community groups who could help us implement more.  We started out with only the breakfast program and as word spread about that and the local community group members, again being inspired by what we were doing, jumped in and got the lunch program rolling for us.  This circle of inspiration turning into action continued with the parish, the parents and finally corporations becoming a part of it all.  Even older students in the school, recognizing a need among their peers, jumped in and helped in any way they could! What started out as one teacher taking action in one classroom spread like wildfire and soon, we were a family helping to provide the needs of our brothers and sisters in our community.

Mother Teresa said, “If you can’t feed 100 people, then feed just one.” This was the philosophy we operated on.  Each of us did what we could and we celebrated every little bit that was being done to help no matter how small!  We don’t all have to create huge changes on our own because our contribution, even though it may seem small, gets added to someone else’s and soon, we are changing the world (even if that world is just our local community!).  Will you help too?  You can start by going into your local school and asking them what they need.  The school year has just begun in most areas, but believe me, it won’t take long for teachers to identify which students are in need of some help.  Want more ideas?  Go to the No Kid Hungry site or head on over to Jennifer’s site where many of us participating in this have linked up.

Also check out this site:   http://raisingfigureskaters.com/2012/09/05/feed-just-one-word-art-freebies/  where she has lovely printables of the quote from Mother Teresa above

I’ll be sharing more of my ideas throughout the month as well! Together, we can do this!

Note: the facts quoted in this blog post come from the No Kid Hungry Site.  Check out their full infographic on childhood hunger in the classroom here.

Previous Post: « Getting Organized for Back to School: Top Ten Hints
Next Post: Back to School with Del Monte Fruit Cups #SmartSnack »