You are here: Home / INSPIRE / My Own Personal Craft Fail and A Father’s Love

The other day I posted about the book CraftFail by Heather Mann and it got me to thinking back to a particularly epic craft fail of my own.

When I was about 10 years old, I remember my dad talking about how much he needed some new decorations for his office. He had just moved into a new one that was bigger and fancier than the one he had before. Well, of course I knew what that meant! I needed to make him something really special for it. He had always really loved the book Jonathan Livingstone Seagull and I decided to use that as my theme for the project. 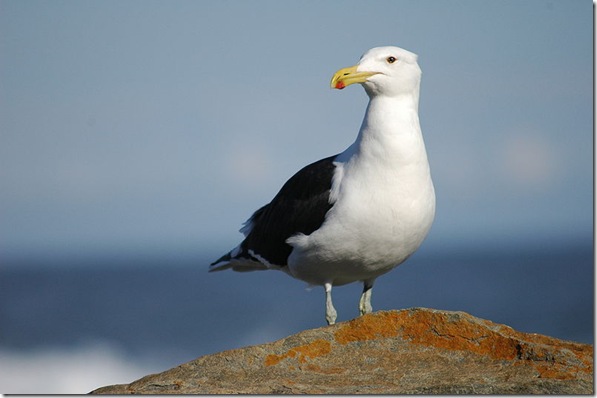 I spent hours shaping a seagull out of a wire coat hanger. Somehow it didn’t occur to me to use any tools so I just did the best I could with my hands. It looked a little more like a boomerang than a seagull but I was sure that once I covered the hanger, it would be fine. I found some white wool roving in my mom’s craft stash and wrapped the wire with it. Now it looked like a fuzzy boomerang. Oh well, I just plunged ahead.

I added some beads for eyes, a clothespin for a beak (which was greatly out of proportion to the rest of the bird), and another wire coat hanger became the legs for it to stand on. Only it wouldn’t stand. Now what? I remembered my dad putting in a clothesline – you know, the kind on a pole? – in the backyard and he embedded it in cement so it would hold. Clearly I needed to embed the seagull in something to get it to stand up, right?

Well, I didn’t have access to cement (probably a good thing) and it was supposed to be a surprise so I didn’t get any help from anyone. I just used my own judgement on what would work. I mixed up a dough mixture – basically a much thicker version of paper mache and filled a tin can with it. I sunk the fuzzy boomerang – err I mean seagull’s feet in it and propped it up until it dried. It took days and days and days but finally it was dry.

I was so excited to give it to my dad. Looking back I now recognize that he had that look on his face of “What the heck is this?” when I gave it to him but he covered it pretty well and didn’t make the mistake of asking. I said, “I know how much you love Jonathan Livingstone Seagull and so I thought a seagull statue would be the perfect decoration for your new office!” I was SO proud. I think my dad was relieved that I had let him in on the secret – no this was not the fuzzy boomerang with legs and a clothespin that it appeared to be. It was (of course) a seagull. 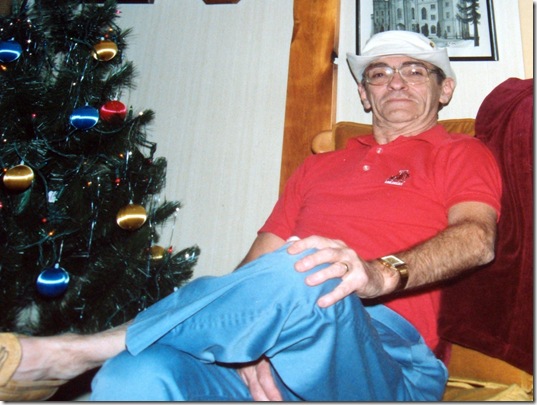 My dad in one of his silly moods!

Every time I visited my dad at his office, I beamed with pride to see that thing sitting there. He had given it a place of honour where every single visitor to his office would see it the moment they walked in. On one particular day though, I saw him carrying the seagull home with him. Or rather, he was carrying the various parts of the seagull. I looked up at him quizzically and he said, diplomatically, “I think it needs a few repairs.”

As he got closer to me, there was the foulest smell wafting up from the base of the seagull. The paper mache-like mixture I had used to hold him upright had started bubbling and cooking from the heat of the summer sunshine streaming in dad’s office windows. It had boiled right up over the sides of the tin can like a volcano and apparently it was quite the effort to extricate the can from the shelf it had been sitting on. Even worse than that, it was as if the outer shell had been holding the mixture inside and preserving it, but now that it had bubbled out, it was giving off the smell of spoiled milk.

Having been away at a conference, my dad was unaware of the problem for several days. By the time it was discovered, it had not only become an ooey gooey stinky mess, but it had started to grow mould as well. Since the base was no longer solid, the seagull had toppled over and fallen right into the mouldy goo. If this ever looked anything like a seagull, it was now a horribly diseased seagull.

Bless his heart, my dad sat there with me for hours that evening, trying desperately to save the seagull. I’m pretty sure it was a goner from the moment the heat of the sun had touched it but still, we worked in vain to bring it back to its former “glory”. Finally, he put his hand on my shoulder, looked me in the eyes, and gently said, “I think we’ve done everything we could. I don’t think it can be fixed. I’m really sorry, sweetie.” The thing is, I wasn’t sad and I wasn’t really sorry. The seagull may have been a fail, but those moments with my dad were the best.