You are here: Home / INSPIRE / My Experience Being on Welfare 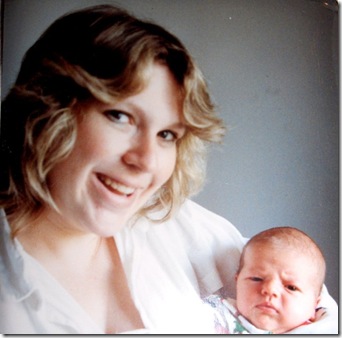 Becoming a mother for the first time can be scary. There are just so many things to think about. After all, you become responsible for a life other than your own – one that is completely helpless. Knowing that I was going to be doing it on my own, I worked extra hard to make sure I was prepared. I had a great job that paid well and gave me excellent benefits. I lived in a lovely two bedroom apartment in a nice neighbourhood. Day care was already lined up for when I went back to work and the baby’s nursery was fully stocked. I gave birth to a beautiful baby girl and life was amazing.

When she was about a week old, we headed downtown to file the paperwork for maternity benefits. The government would pay a portion and then my extended health plan through my employer would top it up to 95% of my regular pay. I had already used up a good portion of my savings securing a day care spot for my daughter but with this income, we’d be fine. So, imagine my shock when I was told that my maternity benefits had been placed on hold – indefinitely.Some department somewhere was on strike and until they were back to work, my paperwork couldn’t be processed. I asked them how I was supposed to support myself and my daughter without this money that I was legally entitled to and was met with a shoulder shrug. Ultimately, that strike lasted until my daughter was over 6 months old and I was already back at work.

I headed home and had a good cry. I called my employer and said that I wanted to return to work as soon as possible. Unfortunately, that was against company policy and not an option. My daughter was too young to go to day care anyway but I was feeling desperate. I went through my bank accounts and revised my budget. I was breastfeeding so feeding my daughter was taken care of and a friend had purchased 6 weeks of a diaper service for me. Along with the many packages of disposable diapers I received at my baby showers, I was all set for months. I had planned to continue with the cloth diapers until she went to day care and I had planned on signing us up for Mommy and Me swim and gym classes and all those special things you want to do with your new baby but obviously I was going to have to adapt. My budget was going to be really tight but it wasn’t the end of the world. I still felt strong and independent and capable of caring for my baby.

Then I became unable to produce enough milk and she needed formula. She developed a severe allergy to all but one type of formula and it was extremely expensive. My daughter also had an allergy to most brands of disposable diapers and I had to replace all of the ones I had received as gifts with the one brand she could wear. She had a club foot that was worsening and needed special shoes that weren’t covered by any insurance plans. None of these expenses fit into my already stretched to the max budget. And my savings were dwindling quickly.

I had no choice but to apply for social assistance. To say that it was a humbling experience would be an understatement. I felt so vulnerable as I explained my situation to the intake worker. They asked excruciatingly personal questions about my private life, my finances, my situation with my daughter’s father. They wanted all the gory details about our relationship – something I was still trying to deal with myself and was not really prepared to talk about with anyone, especially a complete stranger.

I felt like I was a complete failure as a mother already and my daughter was only 6 weeks old. I no longer felt strong and independent. I felt like a burden. I felt like a stereotype. I didn’t tell anyone about what I was going through. I was far too embarrassed for that! I was extremely careful with the money and never spent a dime of it that wasn’t 100% an out and out necessity – and my definition of necessity was very narrow!. I just felt too guilty and like I needed to justify every expense. It was such a relief when I was able to go back to work. My daughter was 17 weeks old and finally, I was able to care for her on my own. We still lived frugally but I was able to sign us up for the Mommy and Me classes. That day, I felt utterly triumphant to be out of the system and once again, independent.

But, I carried the guilt and the shame with me for years to come. I often felt like I was working with an existing deficit in the motherhood department and that I was constantly trying to make it up to my daughter. I know, she was much too young to even know that it ever happened but still, it felt like this stain on my parenting ability and even if no one else knew it was there, I did. As my daughter has grown into the beautiful strong woman that she is now, I see the whole situation much differently. I now actually look back on that time with pride. It took me over 20 years to get to this place but I now know that I made the decision of a good mother because a good mother does whatever she has to in order to provide for her child.

Previous Post: « Balsamic Carrots – A Side Dish Recipe
Next Post: Best Thing I Ever Saw on a Trip »