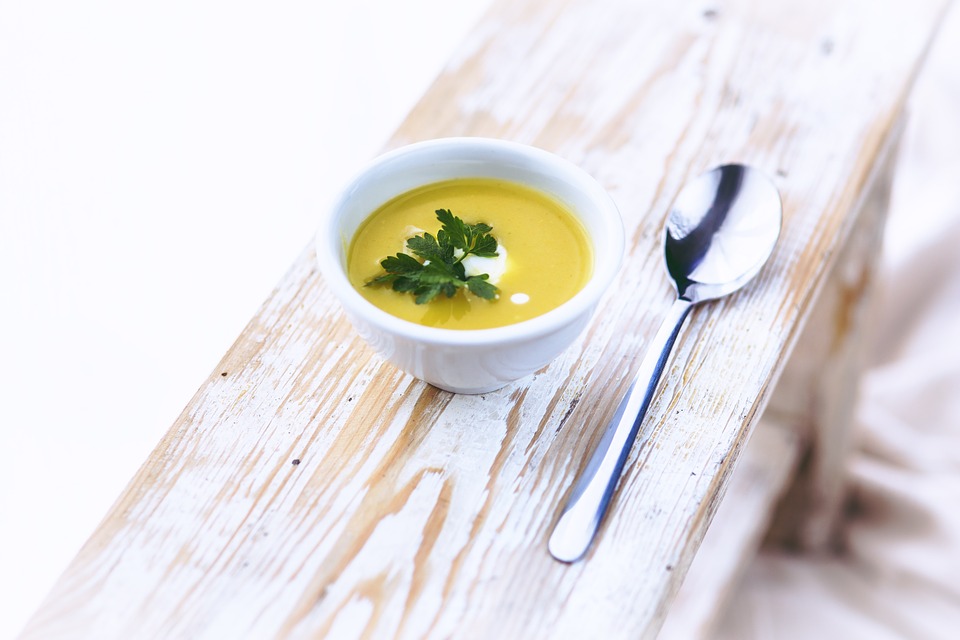 Adapted from a recipe in BHG, December 2011

1 medium onion, chopped finely (I used Vidalia – you can cut back on this quantity too if you want less of the onion taste – this is how much the original recipe called for……..You can also add some minced garlic to this soup and it’s delicious)

1-2 T. olive oil (the original recipe called for 1/2 cup but that seemed excessive to me!…they also called for vegetable oil but I don’t keep any in my house)

2 medium carrots, peeled – use a vegetable peeler to slice off ribbons (instead I bought already grated carrots at the store to save time – worked great – perhaps if you use the ribbon idea, you might need more oil as suggested by the recipe)

Instructions:  Melt the butter in a large soup pot.  Put the onion in the butter and salt and pepper to taste.  Saute onion until translucent and then add the potatoes, 2 cups of water, and the rosemary.  Bring to a boil. Simmer for 20 minutes, until the potatoes are fork tender.

Remove the pot from the heat and mash the potatoes (don’t drain the water) – I just used a potato masher because I like it to be a bit lumpy but you can certainly use an immersion or regular blender or food processor.  To this potato mixture in the soup pot, add the remaining 2 cups of water and bring to a boil.

Reduce to a simmer  (leave uncovered) for 10-15 minutes until it thickens.  You need to stir this often to keep it from sticking.  I found a non-stick pot to be helpful too.  Meanwhile, heat the oil in a skillet and cook the carrots over medium high heat, a few at a time.

Saute for a few minutes until nice and crispy.  Remove to some paper towels and sprinkle with salt to taste right away.  Serve the soup with a topping of the carrots. For an extra burst of flavour and colour, I added a little dollop of sour cream and a bit of chopped cilantro, parsley, or arugula on top too.  Season with more pepper if desired.

1 onion, chopped finely (I used Vidalia but any kind is fine…I’ve made them with Cipollinis and with shallots and they were delicious as well)

2 cups Bisquik (or your own homemade baking mix:  http://allrecipes.com/Recipe/Homemade-Biscuit-Mix/)

Instructions:  Saute the onion in the butter by microwaving on high for 2-3 minutes in a medium bowl (this can, of course, be done instead in a skillet and then pour the contents of the pan into a bowl).  To the onion mixture, add the Bisquik, shredded cheese, and seasonings (if desired).  Stir in the milk to make a soft dough.  Remove the dough to a floured surface and knead a few times.  Pat into a 1/2 inch thick circle and cut into wedges or you can use a biscuit cutter if you have one on hand (which is what I did).  Bake at 450 degrees F for 10-12 minutes.