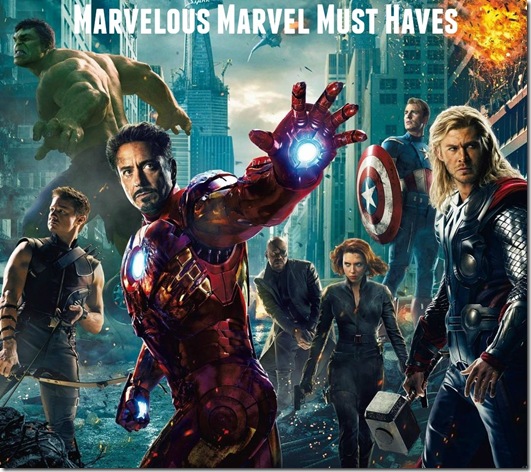 If you’re a follower of mine, you probably already know that my daughter and I are HUGE Marvel comic book superhero fans. Well, get ready for the excitement in 2015! Avengers: Age of Ultron is going to be released next May and we can hardly wait. This is one of those movies I might have to see on the night it premieres (boo to not being able to see it with my daughter – I think this is the first one we won’t have seen together)!

The first Marvel’s Avengers Movie was one of the best movies I have seen in years. Oh and we must not forget the latest in the Marvel family of movies – Guardians of the Galaxy. In anticipation of the release of the sequel, I put together a list of Marvellous Marvel Must Haves. Of course with Iron Man being my favourite and Spider-man being my sweet little C’s favourite (she’s 5 and in my eyes, she’s a superhero!), of course I made sure to feature them. Take a peek for yourself!