You are here: Home / Charity / I Fell in Love with a Rhino 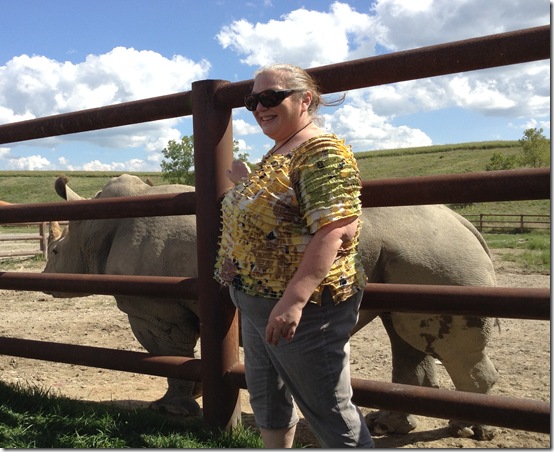 That’s right. I fell in love with a rhino. When I was in Ohio in September, we spent half a day at The Wilds and one of the things we got to do as part of this trip was to get up close to the rhinos. I’ve seen them at zoos and we saw them as we took our “safari” through the park but this was the closest I’ve ever been to one. I even got to pet it. You can probably tell by the look on my face how thrilling that was for me!  I’ve always loved animals but I have to admit, up until then I don’t think the rhino would have made my “top ten” list. 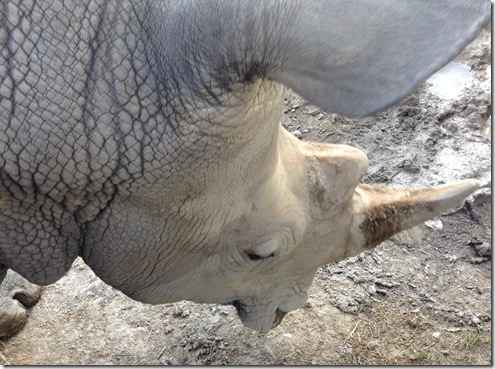 Then we got to learn all about them. We got such a close look at them – the power, the strength, and yes, even the gentleness of them (well, as long as they aren’t being threatened!). It was impressive and I was positively smitten with them. They truly have a beauty about them and I have such an appreciation for them now. 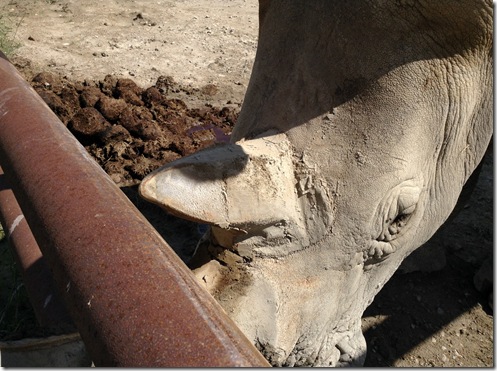 It saddened me to hear about rhinos being hunted by poachers nearly to the point of extinction. Did you know that every 7 hours another rhino dies? It’s heartbreaking. Then I heard about Rhinos without Borders. They’re an organization with a simple mission. They raise money to move rhinos from countries where they are being poached to Botswana where they will be safe. This will establish a new breeding nucleus and hopefully, bring the rhino populations back up. Unfortunately, it’s an expensive proposition, costing $45,000 for all the costs incurred with capturing, moving, releasing, and providing post-release support for just one rhino.

We can all help though. I know we’re all asked over and over again to give help to various causes but after getting to know these incredible creatures better, I felt compelled to at least let others know about the Rhinos without Borders cause. Donate just $1 to them and you’ll get an origami template for making a paper rhino! There are also pendants, tshirts, and other gifts available for higher donations but $1 – almost everyone can afford $1 and every little bit counts. If you’d like to make a donation, simply click here to be taken to their website. I know my friends the rhinos will really appreciate it.