I was going through some of the boxes of old pictures (ones that haven’t been scrapbooked yet) when I came across a batch of them showing my daughter Samantha in various Hallowe’en costumes throughout the years.  Until she was probably about 9 or 10, she always had homemade costumes – usually things we adapted from second hand store finds.  Here are some of them:

Her first Hallowe’en at 4 months old – not really a costume but I found this little outfit at a second hand store and thought it was sort of reminiscent of pumpkin colours.

First time old enough to trick or treat (just through our apartment building).  The main part was just a pink sleeper and then I used pink fleece and white felt to make the bunny ears for her.  I made them so BIG that I had to stuff them to make them stand up!

Nana made this costume.  She wore her favourite Little Mermaid shoes and socks.  Nana took a long sleeved tshirt and glued seashells onto the chest.  Then she made her a green tail-shaped skirt – stuffed lightly in the bottom so it would stand out.  She formed a wig for Sam out of orange yarn and even made her a stuffed Flounder to carry.

She’s wearing my clown wig and bowtie.  Nana whipped up a jumpsuit to go with it when it turned out that she had so many parties and events to go to that she needed an extra costume.

Her fairy princess outfit.  The dress was purchased at a second hand store but we made the crown and the wand.  We still have that wand tucked away in a box because she just loved it so much.

Going to a Sparks (the same as Daisy Scouts in the US) Hallowe’en party.  My mom was one of the leaders (along with me) so here she is sporting the clown outfit.  Sam’s favourite movie was The Wizard of Oz and she really wanted to be Dorothy that year.  We found her a dress that suited at a second hand store.  You can’t see the shoes very well but they’re also a score from the second hand store – a pair of red running shoes.  We covered them in Mod Podge and red glitter!  Once again Nana made a wig for her out of yarn and Sam put her favourite stuffed puppy toy in a basket to be Toto.

My all time favourite of her costumes! It won first prize at the costume contest too!  The box is covered in white contact paper with the red stripes also made from contact paper.  Blue poster board signs saying Popcorn on them adorn the front and back.  Nana found her a pair of red tights and red and white striped shorts at the second hand store to go with this.  We also picked up a baseball cap.  The top of the box and the baseball cap were covered in real popcorn to make it look more authentic.  By the way, just an FYI, when you use glue gun (and quite a few other types of glue) with real popcorn, the popcorn kind of disintegrates a bit when it comes into contact with the glue.  So we had to make three times the amount of glue we thought we would for this so we could pile on several layers.

During her Sailor Moon phase – Nana found a sailor dress at the second hand store.  The top portion of it wasn’t a good fit so she cut the skirt and the “scarf” sort of part of it off.  She attached those to a long sleeved white turtleneck and embellished with a red bow.  The wand is an official Sailor Moon wand (one of my daughter’s prized possessions at the time).  We made her a headband out of a piece of fake leather, adorning it with coloured hot glue to make the designs.  For the boots, my mom used red fake leather and sewed pieces that would fit right over the top of her shoes to mimic the look of boots.

I can’t wait to see pictures of Sam and her boyfriend from this year’s Halloween.  I helped her work on their costumes while she was home for Thanksgiving and I think they’re going to be super cute.  When she piles her hair on top of her head to get it out of the way while studying, he calls her Pebbles so they’re going as Pebbles and BammBamm.  Should be adorable!

Subscribe to Our Emails and Get a FREE GIFT!

Easy recipes, fun crafts, and everything you need to add a little joy and creativity to your life. Right to your inbox.

Creative Cynchronicity is a participant in the Amazon Services LLC Associates Program, an affiliate advertising program designed to provide a means for sites to earn advertising fees by advertising and linking to Amazon.com and Amazon.ca. 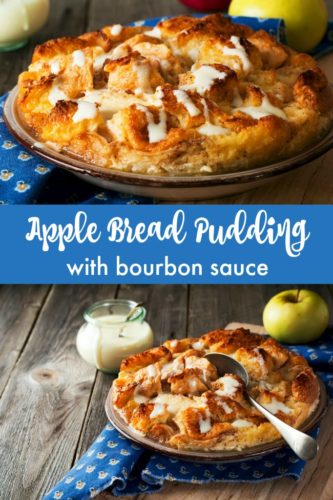