No trip to London is complete without paying a visit to one of London’s extraordinary stage-shows. With over 100 performance venues stationed around London, the capital has a decorated history of playing host to the crème de la crème of global talent. Unfortunately, during my last visit to London, our schedule was so hectic that we didn’t have the time to take in a show but it certainly is at the top of my list for next time! It just doesn’t feel like I’ve really “done” London until then.

Below is our pick of the most opulent venues to visit along with a selection of equally impressive hotels for a central London stay. 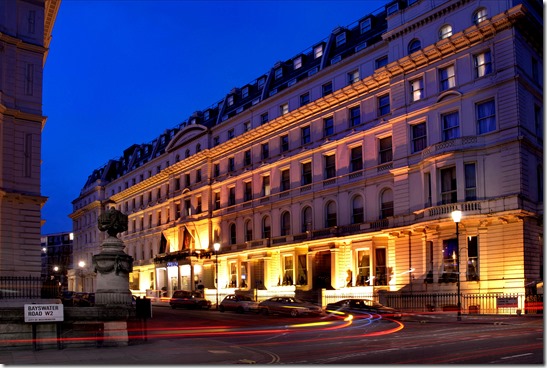 Best known for holding the Proms concerts annually each summer, the world famous concert hall has also welcomed the likes of Luciano Pavarotti, The Beatles and Adele to its star-studded stage. A short 15 minute stroll through Hyde Park, past the Serpentine Lake, will bring you to Corus Hotel Hyde Park, offering an unbeatable location for a visit to The Royal Albert Hall. 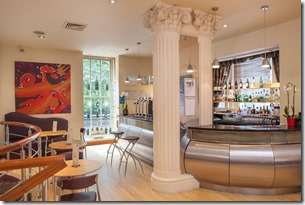 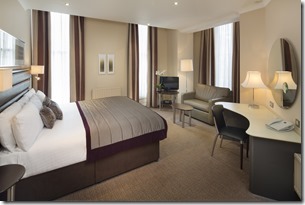 One Aldwych Hotel: for The Opera House

The Royal Opera House is most famous for showcasing spectacular operas and ballet shows throughout the year. Additionally, the two fantastic in-house restaurants both serve courses between show intervals, providing a unique dining experience. One Aldwych Hotel stands a four minute stroll from The Royal Opera House and offers a truly luxurious stay in the centre of London. An 18-metre swimming pool with relaxing underwater music and a Charlie & The Chocolate Factory inspired afternoon tea are just two draws of this five- star hotel. 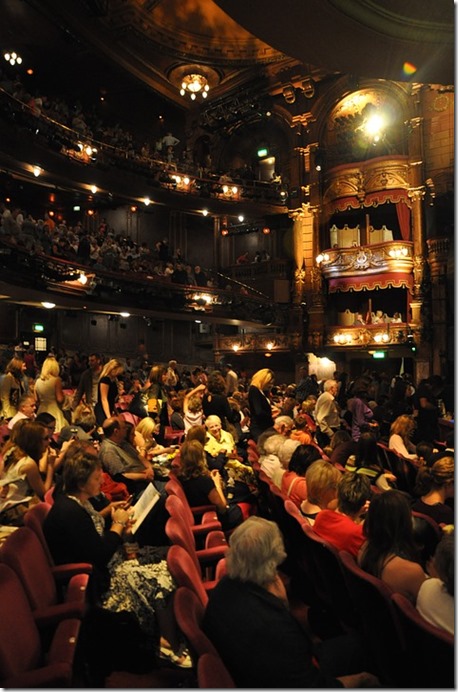 The London Palladium is a 2,286-seat Grade II West End theatre and has an extensive history of showcasing the very best of British theatre shows such as Joseph and the Amazing Technicolor Dreamcoat, Chitty Chitty Bang Bang and Oliver. Conveniently nestled behind the hustle and bustle of the West End’s busy streets, the Ham Yard Hotel can offer a stay just a 10 minute walk from the Palladium. An oasis of calm and a tree filled garden will signal your arrival at the hotel which houses a drawing room, library, spa, gym and theatre, as well as a 1950’s bowling alley.

Royal Horseguards: for The London Coliseum

Officially the largest theatrical space in London, the London Coliseum is recognised as the home of English National Opera and has an abundance of shows on offer throughout the year. The Royal Horseguards hotel sits just a 10 minute walk away from several London theatres. Once the Secret Service’s Head Quarters, the contemporary building not only boasts a convenient location presiding over the river, but can also offer a beautiful terrace area for guests to admire another of London’s famous landmarks, the London Eye. 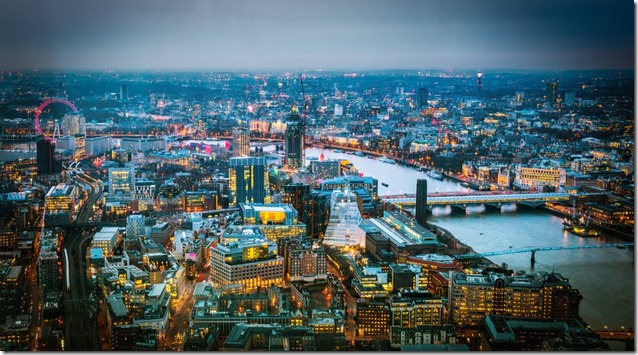 For a summer visit to the capital, this al-fresco venue is widely regarded as one of the most magical, exciting and innovative opera spaces in the UK. Numerous opera offerings are scheduled for the venue’s 2016 calendar and picnic tables are available to purchase for a casual pre-opera meal with friends. Continuing the musical theme but with a change of genre, K West sits a short walk from Holland Park Open Air Theatre. Formerly the BBC Building Kensington House in the 60s, an endless list of Rock ‘N’ Roll royalty has stayed, played and misbehaved at K West.

Previous Post: « Main Square in Krakow Poland {Wordless Wednesday}
Next Post: 8 Ways to Get Organized for Christmas with Less Than a Month to Go! »