This is a sponsored post written by me on behalf of Loblaws Companies Inc.. All opinions are 100% mine. 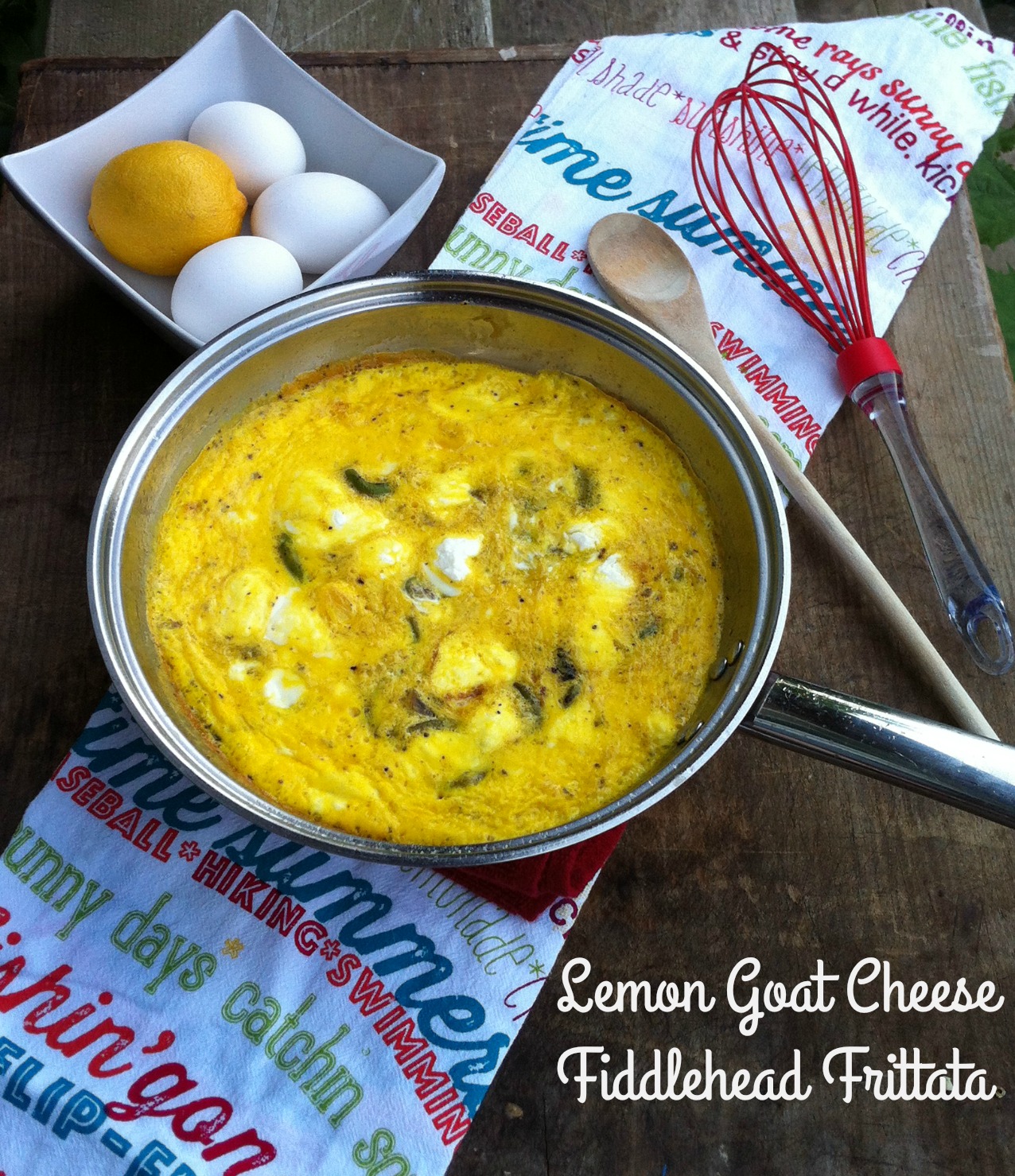 When I was a kid, my diet was somewhat limited. I had a LONG list of foods I refused to eat. Steak. Pizza. Fresh fruits (I would only eat canned). The list goes on. As I got older though, I became much more open to trying new foods and in fact, I even seek them out now. While in San Diego, we went to an Asian restaurant and I decided to be adventurous and try the Pho “with everything” – that includes organ meats and tendons. This week I tried rhubarb for the first time.

I love to shop at Loblaws because I find that they always have an amazing selection of foods you just can’t find elsewhere. And often I’ll pick out something new that I haven’t tried before and give it a shot. I found out that Loblaws has Monthly Food Alerts – these are foods that are available for a limited time. I love seasonal cooking– it’s a great way to get the best quality at the best prices. This month, that food is fiddleheads from Eastern Canada. I have to admit; I’ve looked at fiddleheads a few times before and never bought them. They’re so unusual looking! But this time I decided it was time to check them out. 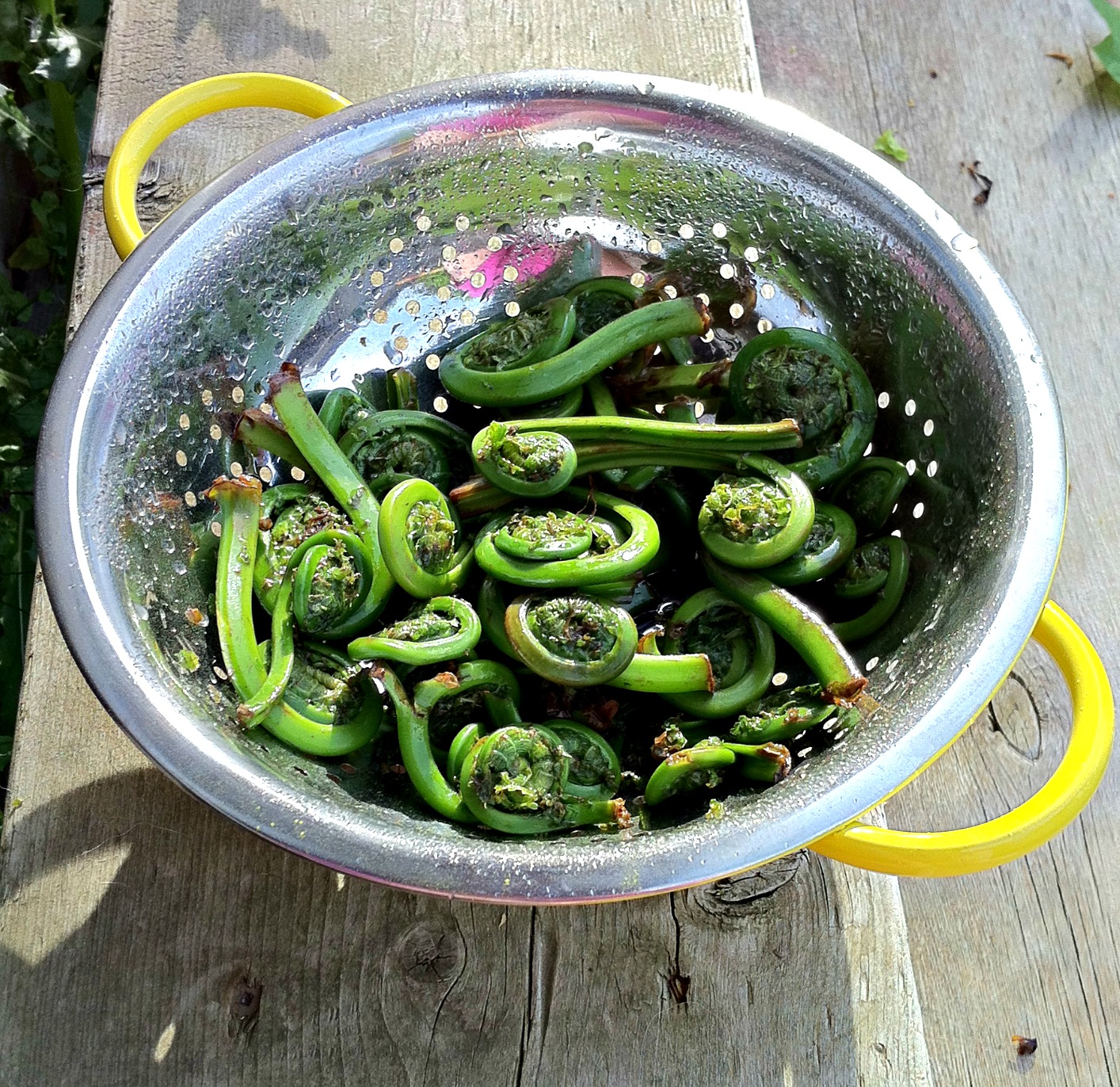 I picked up a package of fiddleheads and brought them home. I loved that the instructions were right there on the package. It made it so easy for a first timer like me. To prepare them, I began by brushing away the brown papery parts and then submerged them into a bowl of cold water and swished them around a bit. I drained them, added fresh water, and repeated this a couple of times to make sure all of the bits of dirt were washed away. I cut off the ends of the stem where it was kind of woody in texture – similar to the ends of asparagus. 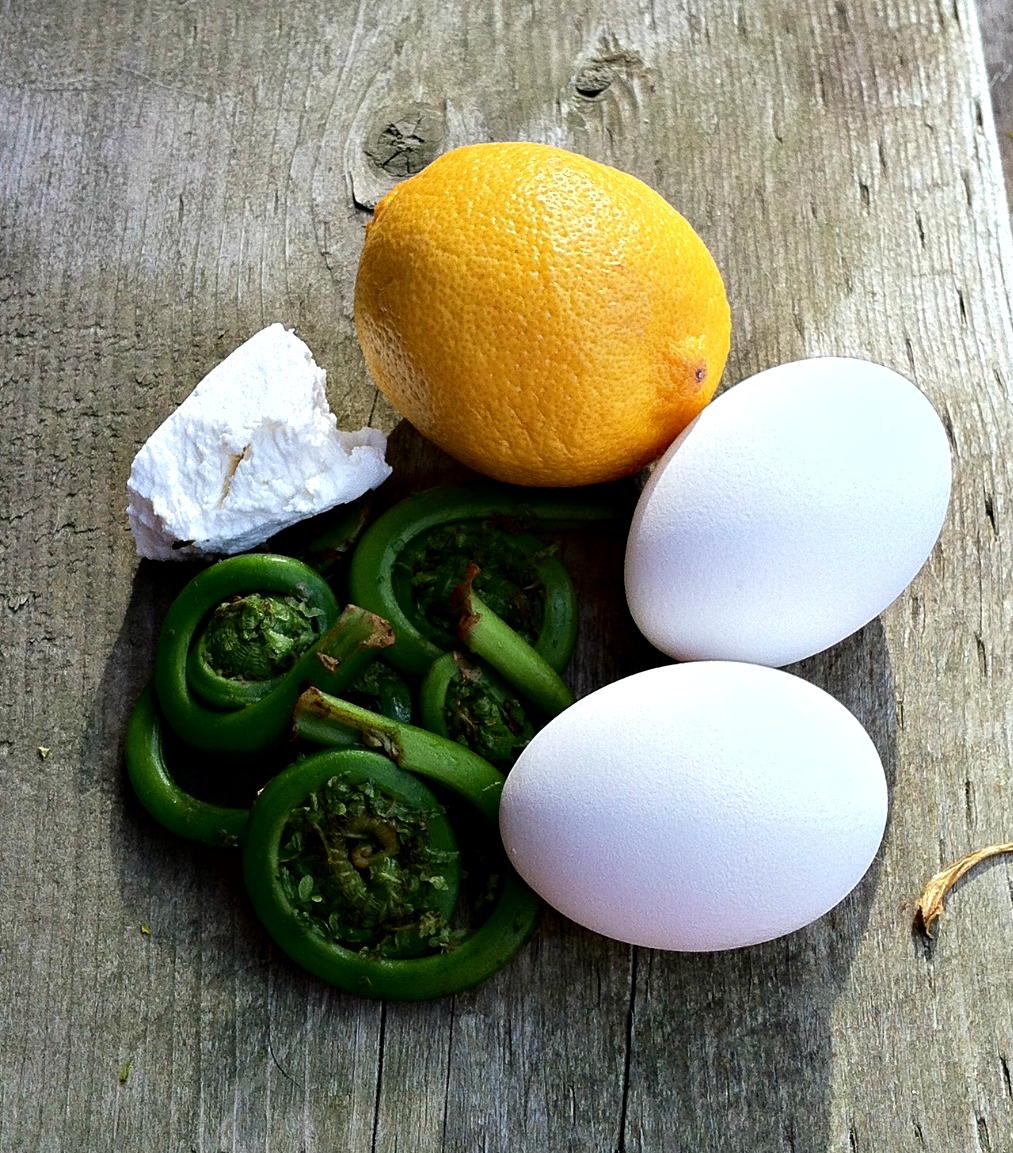 How to Cook Fiddleheads

The basic way to cook the fiddleheads is to start by placing them in boiling salted water and cooking for about 10 minutes. You can also steam them if you prefer. Drain them, discard the water, and give them a quick rinse. Then, add them to a frying pan (I used an oven safe one because of the recipe I had planned to make) with a bit of olive oil and saute them for a few minutes. I also added some chopped onion and minced black garlic along with them. Now, you could just go ahead and eat them as a side dish like this but I wanted to have a frittata for dinner that night. 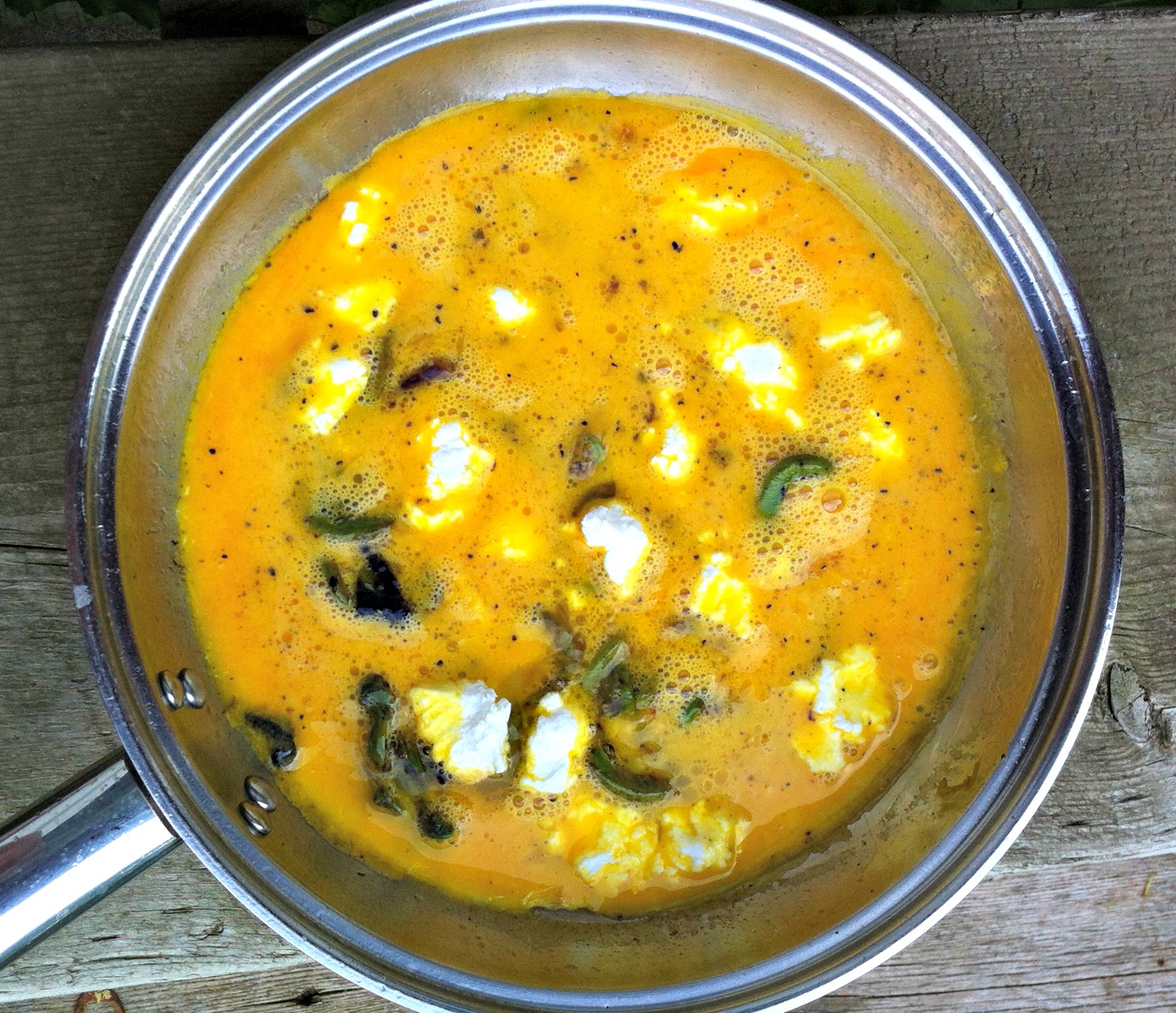 So, I squeezed some fresh lemon juice into the pan (lemon juice pairs really well with the fiddleheads since their flavour is somewhat similar to asparagus) and then whisked up 6 eggs (you can add a bit of milk or cream to this but a little bit of water will make them extra fluffy). I poured the eggs into the pan with the fiddlehead mixtures and seasoned with some fresh cracked black pepper. Give it a couple stirs and add some bits of goat cheese to it. Yum! Then cook over low to medium heat until the egg mixture begins to set up.  Place the pan in the oven under the broiler. It will only take a minute or two to finish cooking the top of the frittata so keep an eye on it. It’s a quick and easy meal but it’s oh so tasty. 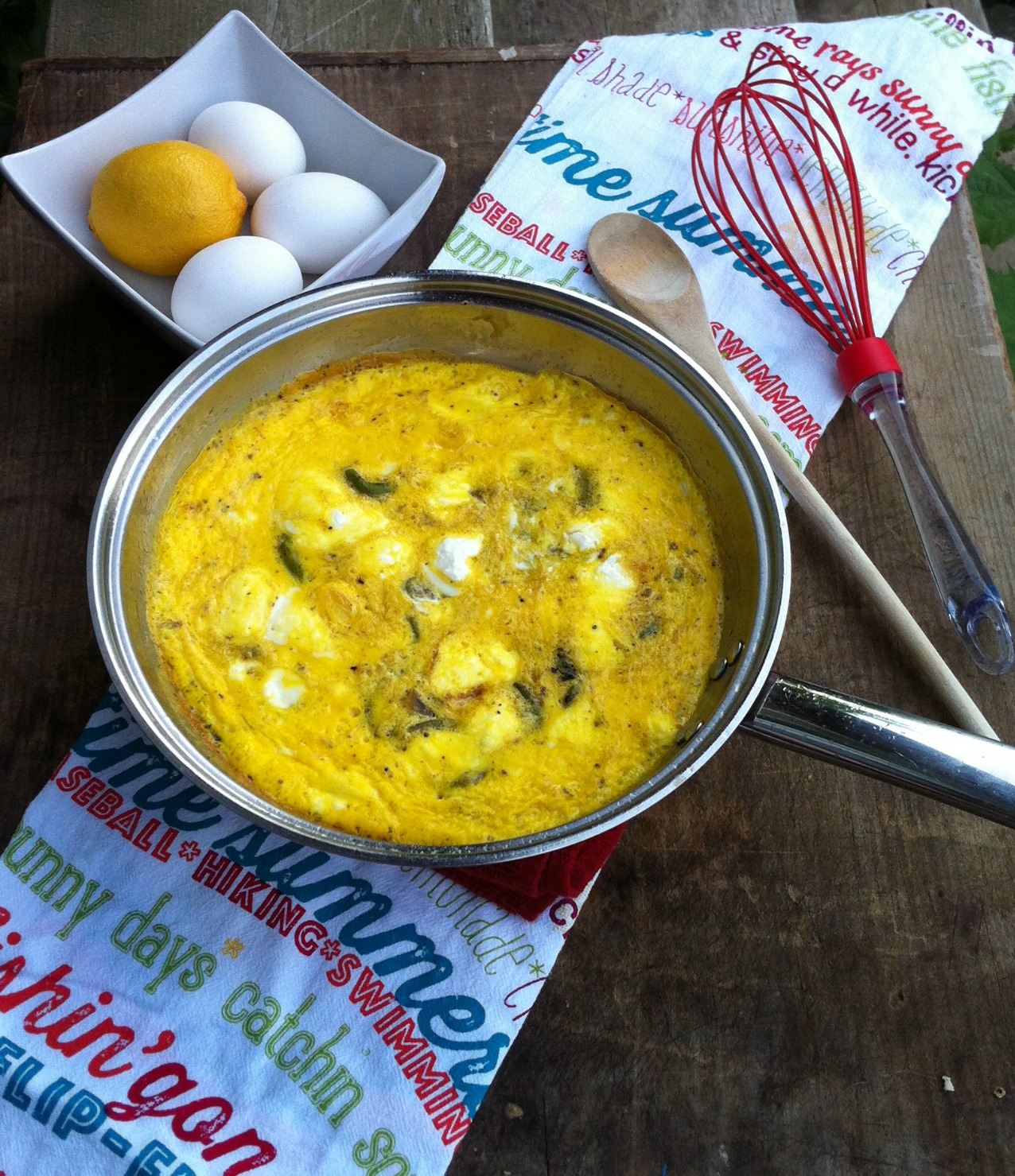 Want to try fiddleheads for yourself? (Yes you do! They’re delicious. As I said before, they remind me a bit of asparagus and have that fresh green taste of spring to them.) Check out these yummy fiddleheads recipes for inspiration.

To encourage you to try out these Monthly Food Alert items, Loblaws is giving you a chance to enter to win up to $250 in groceries free!

To enter, you need to:

You need to enter right away because this month’s contest ends on May 31st. Contest is open to legal residents of Canada who live in Ontario.

Head over to Loblaws soon while they’re still available. I’d love to know what you think of them. And if you’ve had them before, what’s your favourite way to prepare them? Let me know in the comments below.