You are here: Home / CELEBRATE / Elf on a Shelf Roundup 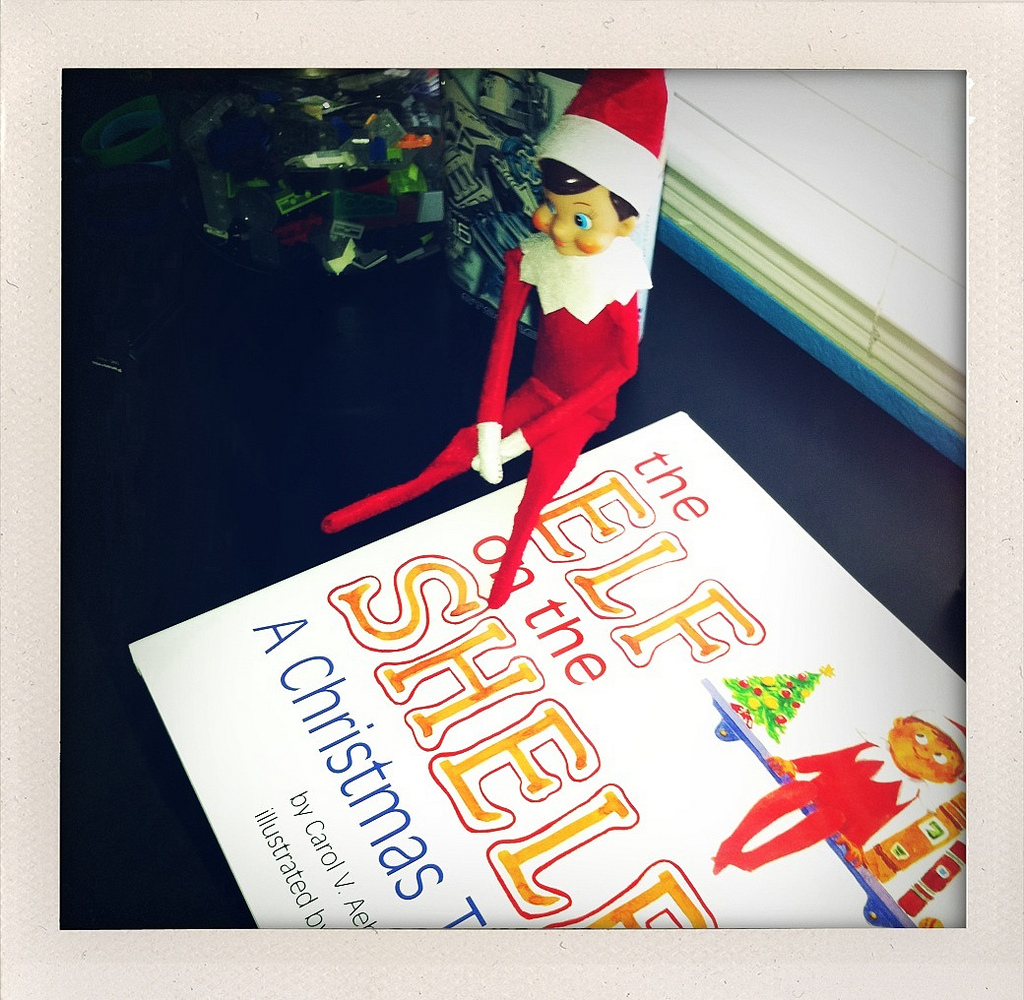 Do you do Elf on a Shelf? We didn’t really do it when my daughter was little although I can see her being all over that idea and loving it!  I don’t think the book was out yet at the time.  I did have one of the elves – it had been around since I was a little girl back in the 60s and I remember my mom would put it out someplace and then every so often it would disappear and reappear somewhere else.   I used to do that on occasion for Sam but really, we had our own tradition.  She had Ernie, the guardian elf.  A guardian elf is a combination of Santa’s elf and guardian angel who watched over her all year long.  We had a Christmas village of little houses in which Ernie and his friends lived and he would at times leave special treats for my daughter.  They would exchange letters in which she would tell him about things that were going on in her life or about things bothering her.  It was very sweet to see the interaction between Sam and Ernie!  I’m sure if she were young now, we’d be incorporating a lot of the Elf on a Shelf ideas and if I were still teaching, I might just have a classroom elf too!  It seems like everyone I hear from is either really pro or really anti elf but I guess it’s like anything else – you have to do what works for you and your family!  I know the complaint that some have is that it’s just so time consuming and so much pressure but I think you can make it as simple or complicated as you want.  If you are doing Elf on a Shelf, here are a bunch of ideas I’ve found around the internet including how to make your elf bendable, how to make a girlie elf, easy elf ideas under 5 minutes and more!

So what about you?  Pro elf or anti elf?

For more ideas, check out my Pinterest board – I’ll keep adding to it as I find new ideas: http://pinterest.com/CynGagen/elf-on-shelf/