Disclosure: I am participating in the 2014 Dog Fence DIY Hackathon. I have received compensation for this post – but seriously, y’all know how much I adore my dog and love any excuse in the world to make cute things for her!

See that girl right down there? I love her to pieces! And she knows it by the way I spoil her. Sometimes though it’s almost like having a kid in the house again. I mean, she has a lot of stuff to keep track of, you know? 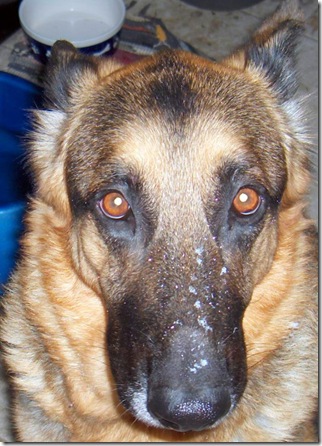 Trinity likes to come along with me on outings and often joins me on trips out of town so I like to keep her bag packed and ready to go at a moment’s notice. Sure enough though, I can’t find her bag. Or I can’t find her leash. I hunt high and low, wasting valuable time and it’s just so frustrating. So, I decided to make a Dog Leash and Supply Holder so that all of her things would be in one location and I’d never have to hunt for it again. 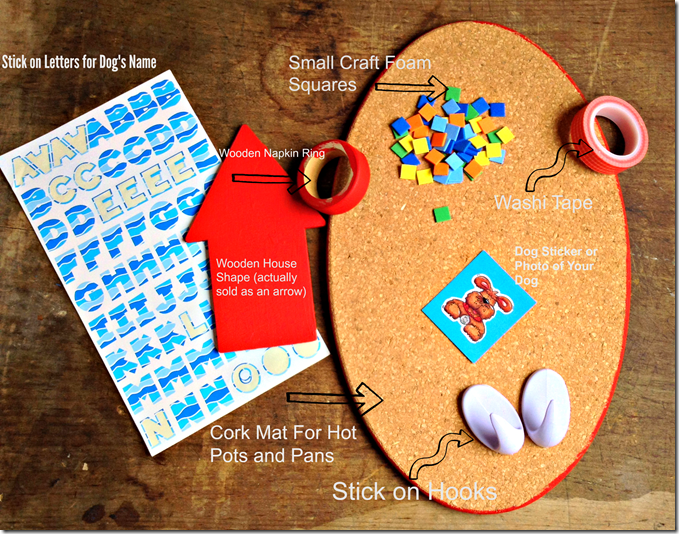 The supplies I used for this project are: Stick on letters so I could personalize this with Trin’s name, a wooden napkin ring (or something similar), a wooden house shape (arrow from Walmart’s craft section), small craft foam squares, Washi tape, a dog sticker (you could also use a photo of your dog), a couple of stick on hooks, a piece of thick cork (this is actually meant to be one of those mats you use in your kitchen to put hot pots and pans on).  In addition, I had these supplies on hand: paintbrush, red paint, glue gun and glue for it, white glue, scissors, and something to hang the whole thing up with – I used the Command Adhesive Tape so it would be easy to take it down and move it to another location if I wanted to. 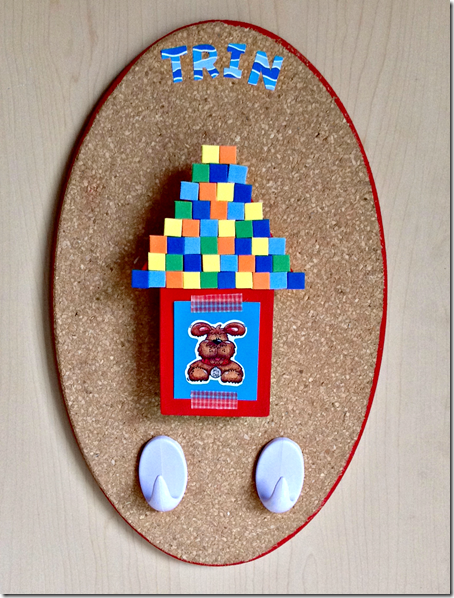 This is a really easy project to put together. I began by painting the edges of the cork piece to add some oomph to it as well as painting the arrow that was going to be my dog house (even on the roof section in case any of it showed through) and the wooden napkin ring – again, in case it could be seen from the sides.

Once dry, I made a tile roof out of the small craft foam squares, glued on with the white glue. I decided to go with washi tape for attaching the dog image to the house simply because I love the look of it but another option would be to glue on a small frame so you could change out the photo whenever you’d like.

I used the hot glue to adhere the napkin ring to the back of the dog house. You could use something similar – it doesn’t have to be a napkin ring. You’re just creating some space between the house and the cork because the leash hangs behind the house from the ring.

Next I added the two hooks (to hold her bag of supplies) and the letters to spell out her name. Even though these all were “self-adhesive”, I used some of the white glue for extra security.

Because you’ve used cork for the base of the holder, you can now use it as a memo board and stick little reminders on it – perhaps for when your dog needs her shots next or that you’re running low on dog food.

How do you keep your pets organized?