Have you been watching Craft Wars on TLC?  In each episode of CRAFT WARS, hosted and executive produced by Tori Spelling, three talented crafters will be supplied with every crafting tool they could dream of, furnished by Michaels, the arts and crafts store, as well as some unexpected items. First, they’ll face off in the Pop Craft challenge, where they must create one of the craft world’s most popular items in just one hour.  Judges Erica Domesek (author of the DIY book, PS I Made This), Stephen Brown (author and founder of the multi-million dollar gift wear company Glitterville Studios) and Jo Pearson (author and creative expert for Michaels) will evaluate their crafts and eliminate one contestant.  Then, the final two crafters must wow the judges in the crafting challenge of a lifetime, the Master Craft challenge. They’ll have to use all of their creative crafting prowess, and push themselves to the limit, because when time is up, only one will win and walk away with the $10,000 prize.

So fire up your glue guns crafters.  This is Craft Wars:  http://tlc.howstuffworks.com/tv/craft-wars/videos/on-the-craft-battleground.htm

That’s right folks – this Wednesday on my webcast Creative Cynchronicity Live, my special guests are Andrea Currie and Lisa Fulmer, winners of Craft Wars episode Altar or Falter!  I’m so excited and I can hardly wait!!!

Check out this “meet the crafters” video from their episode here:  http://tlc.howstuffworks.com/tv/craft-wars/videos/meet-the-crafters-esther-kathy-and-andrea.htm 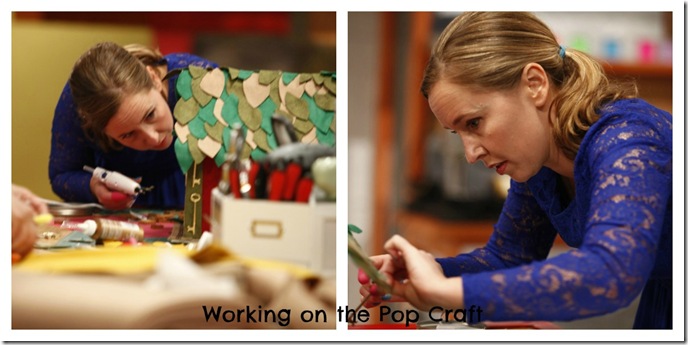 Andrea and Lisa will each be making a keepsake box as inspired by their Pop Craft challenge on the show and will be taking your questions and sharing their experiences from the show.

To join us for the live show, log in here: http://linqto.com/rooms/creativeedventures or through the Facebook app here:  http://apps.facebook.com/creativeedventures.  The show starts at 9 pm Eastern (8 Central, 7 Mountain, 6 Pacific) but feel free to sign in ahead of time and chat with the early birds.  It’s sure to be a fun-filled show! 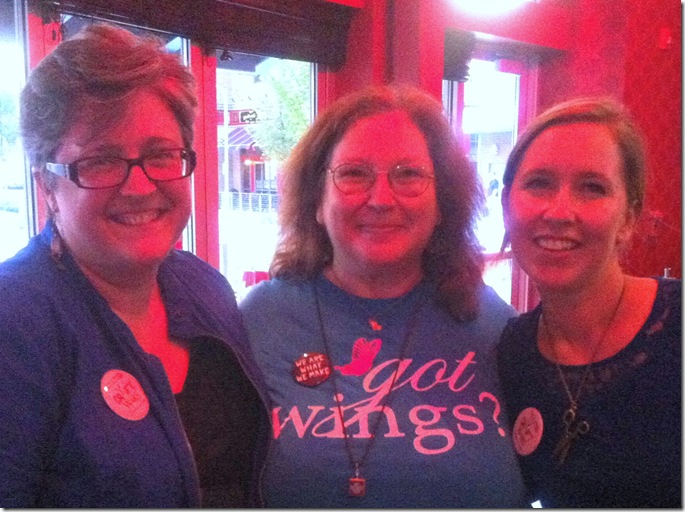 Left to right: Lisa Fulmer, me, Andrea Currie at the live viewing of their Craft Wars episode Altar or Falter

And don’t forget to watch Craft Wars this Tuesday on TLC.  There’s a brand new episode “Blinded by the Light” at 8 pm Eastern followed by the season finale “Pilgrim Plumbing” at 11 pm Eastern.  (Double check the listings in your area for airing times!).  If you’d like to chat with other Craft Wars’ viewers during the show, use the hashtag #craftwars (and #craftwarsvets which is what the contestants use) to join the conversation.

AND  to celebrate a fun season of Craft Wars’ shows, there are some fantastic giveaways going on – over $950 in prizes!!! Head on over to Cathie Filian’s site to get the details.

Can’t wait to see you at the show!

(Be sure to join us live if you can – it’s always a blast and you’ll have the opportunity to chat with Andrea and Lisa and ask your questions BUT if there’s just no way you can be there, never fear.  I’ll be posting the link to the replay after the show!)