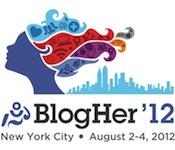 Ok so here are my random thoughts and notes on the Martha Stewart keynote interview:

First off I have to say that she was dressed casually but very very chic in a taupe and beige striped top, coral cropped pants and some coral platform sandals that I just adored.

She was asked how she resolves the whole business and creativity, left brain/right brain dilemma and she said that she doesn’t.  She doesn’t think in terms of any of that – she simply thinks about what interests her and what she wants to present to the world.  She currently has 8500 products out.  Her craft products – while making up just a small portion of this – are little but very powerful.

Have to note – we were only a few minutes into her talk and she had already used the word charming.  I’ve noticed that it, along with whimsical seems to be one of her favourite words.

It was noted that Martha’s women in tech episodes  were airing  well before others were acknowledging how involved women were in tech.  Martha got  her first IBM in 1982 –She  was invited to be an “early adopter” – She didn’t know how to use it at first but started to learn…began just by using it for bookkeeping….learned programming, Word, Excel, and then as they came along, she tried to learn about all the new companies Twitter, FB etc and get involved in them.

Martha talked about the value of social media.  She gets thousands of responses  when she asks questions on Twitter and this can give her  instant demographics and customer opinions to show to  the company execs she is sitting with who have never tweeted.

It was noted that she was even tweeting while in the ER after getting injured.  She said it helped to keep her from getting bored and kept her mind off of it.  It made me giggle that she had to comment that she was upset by the ugly floral  wallpaper at the hospital!

A discussion began about transparency.  She now has daily interactions with people on social media and was asked “ has social media changed how much sharing you do?” Martha commented that she is slightly fettered by the business – if you make a political comment you can lose half your audience.  As she put it, Martha Unleashed is not exactly the right positioning for her brand.  You can be personal though and people love it – she gets millions of page views on the personal posts.   Her brand and Martha the person are all about perfection and quality – but she finds she can show little foibles on social media .  She joked that she wishes she could show more but she’s so perfect that there just aren’t any more bloopers to share.

She said she would love to do a late night comedy show.  She’d like it to be on  PBS about modern culture – for example, what’s going on in the heads of modern women?  Are we spending the right time and effort on the right things in society?

Martha was asked about how she helps show us our path to aspire.  Martha feels that blogging is all about being personal, passionate, sharing, and openness.  You must be able to amortize – MAKE MONEY  from it!  In true Martha fashion she said, “Making a living is a good thing.”  Turning to us she said: You’re becoming a reporter, a journalist, a writer, a communicator  and THIS IS THE STORY OF HER CAREER  as well.  When she asked herself “who are you doing this for?’  She said it was for “ people like me.   I can’t delegate it all because I  must remain real.” and then she went on to talk about cleaning out the chicken coops every day.

Her new show, coming out on October 6,  is focused on teaching element is Martha Stewart’s Cooking School after her best selling cookbook.   I just loved hearing everyone start oohing and ahhing during a clip of the new show when she showed a tip on easily removing salmon skin.  She explained that there would be many tips like that because she has always been about trying to be very innovative and creative but save us time.

She and her company have always tried to be pioneers in the area of media (“Omnimedia”) by trying to harness all the media that’s available.  She has her tv shows, magazines, Sirius XM radio channel, books, apps, and now digital media including magazines for the iPad.  She says that no matter how her business expands though, she never wants to give up creation of content because that’s where it all begins.

Martha was asked “What has changed not changed in the last 30 years of your career?”.  She said things have changed and they haven’t changed.  Only 4% of CEOs in the US are women but the number of women entrepreneurs has increased dramatically.  The treatment of women in business has improved a lot but she never paid attention to that anyway.  She never let the nay-sayers get to her – she continued on with what she knew she wanted to do.

The next question was: What are you terrible at?  Martha, of course, has the perfect answer.  She said she is terrible at things she hasn’t tried yet but give her time to try them and practice and she’ll be good at those too!  She said she would like to get better at those amazing Japanese knife skills.  Since she is always using a knife to chop items on tv and has to be looking into a camera, she has to be much slower and more careful about cutting and so hasn’t had the opportunity to really develop that skill yet.

We found out that it was Martha’s birthday and the entire audience broke out into singing Happy Birthday to her.

When asked what she thinks to be an important life lesson she said that we need to always tell young people that they’re beautiful and smart and to follow their talents.  It’s the best thing you can do – encouragement is the ultimate gift!

All in all I have to say that I was pleasantly surprised.  I had been warned that talks with Martha can be dry and dull but this was anything but.  She was quite interesting and inspirational to listen to.  Whether you are a Martha fan or not, I think we have much that we could learn from her and I’m very happy to have been at this event.