This seems to be the topic of the week on Facebook and it’s been interesting to me to see people’s reactions to the notion of banning tobogganing. Many are outraged – it’s such a quintessential Canadian thing and by golly, they’re trying to take away our heritage! Many are rolling their eyes at the idea – calling it helicopter parenting and that if we keep coddling children how will they ever a) have any fun and b) learn responsibility for themselves. 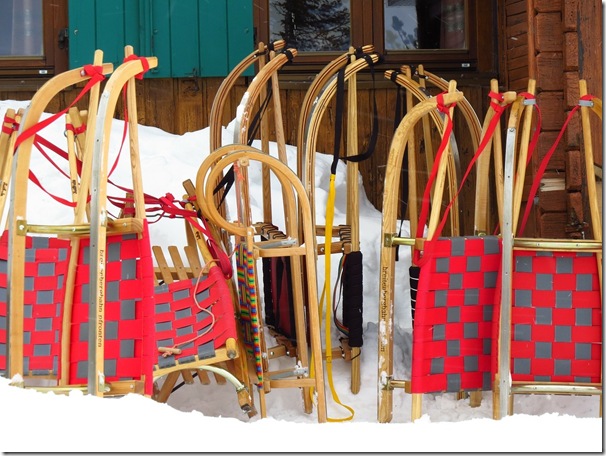 I loved tobogganing when I was a kid. It was a great way to get exercise and fresh air but didn’t feel like I was getting exercise and fresh air. I didn’t like the cold or the snow unless I was out tobogganing! And I wasn’t very athletic so things like ice skating and skiing were just frustrating to me because all I ever did was fall. But tobogganing…..that was this magical, fun activity I could actually do! So of course, I don’t like the idea of taking it away from today’s kids.

And I wonder, do we really need to ban it? All those crying out about how dangerous it is – well can’t they just not buy their kids toboggans and not let them go tobogganing? Do they really need to take it away from everyone? After all, according to an article from CTV: “The Canadian Institute for Health Information says while tobogganing doesn’t result in as nearly as many injuries as skiing, snowboarding or snowmobiling, there are accidents.” Why no call to ban those?

Some of the stories being shared about people being seriously injured by tobogganing are in fact, not really related to the tobogganing itself if you ask me. The real problems were that people were taking stupid risks and in some cases, they were drunk. (We don’t take away cars. We tell people not to drink and drive. So, maybe we should be telling people who aren’t smart enough to figure this out on their own that they shouldn’t drink and toboggan either). 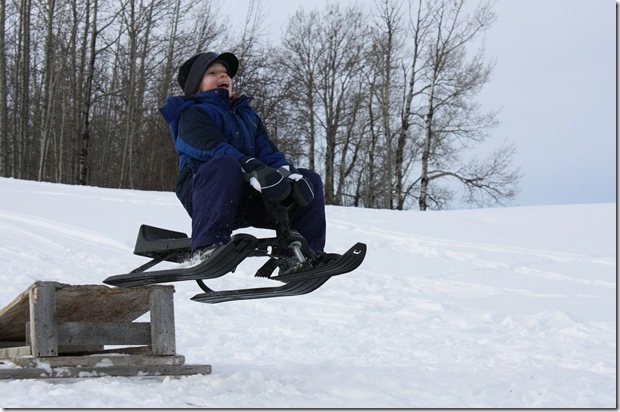 Someone I know and love once went tobogganing on a hill with lots of trees at night. This person was in his 40s when he did it. He was not drunk and no, I do not know what he could have possibly been thinking (or why he wasn’t thinking is more like it!). I do know that after suffering a serious break in his leg, he’ll never do it again. Do I think we need to ban tobogganing because of people like him? Nah. We just need to ban stupidity. (Love you, unnamed person!)

The  thing I haven’t seen discussed yet by anyone sharing their views on Facebook (and it’s my little contribution as devil’s advocate) is the consideration of liability. If you are not the landowner (and hence, the one who will be sued if something goes wrong), it’s easy for you to say “Let the kids be kids. Let them go tobogganing!”. But if you are the person ultimately responsible for what’s happening on your land, you have much bigger things to think about. 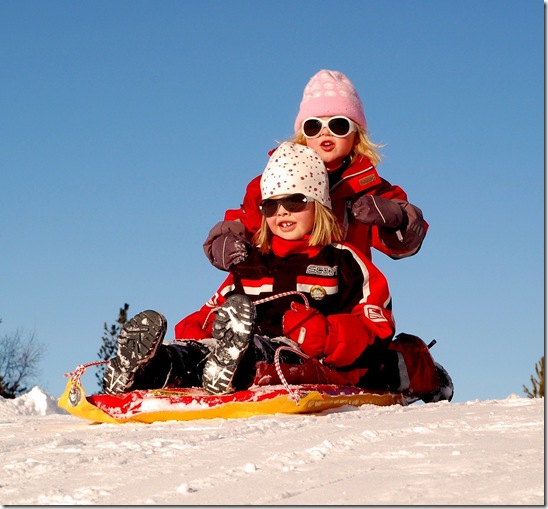 For example, when I was teaching we used to take the kids out tobogganing all the time. Then one student was seriously injured (brain injury) and that put an end to it. The student was wearing a helmet, the teacher was supervising closely – it was just one of those things that can sometimes happen. The ruling was made by a judge that the simple act of taking a child tobogganing was too risky, no matter how much care was taken and the school board lost the suit.

So, if you are in charge of a city and people are tobogganing on public land, you have to consider what your liability is, right? And anticipating what your next thought might be, it’s not always as simple as putting up a “Toboggan at your own risk” sign. Did you know that although businesses put up “at your own risk” and “we’ are not liable for…” signs all the time, many many of them are just put there to fool their customers into thinking they have no recourse? In some cases, there are laws in place that supersede ANY sign that a business puts up. I don’t honestly know if that’s the situation

For example, an adult male in Hamilton received $900,000 from the city after he injured his spine tobogganing down a hill owned by the city. His injury occurred after he hit a drainage ditch that was hidden by the snow. The ruling was that the city had failed in its obligation to properly warn the public about this danger – however, the city had a bylaw prohibiting tobogganing there, had posted signs to this effect, and had even attempted to fence off the area.

I think it boils down to the fact that we can’t have it both ways. We, as a society, can’t call a ban on tobogganing ridiculous, stating that it’s the responsibility of each of us to use common sense in the situation and then turn around and sue for and receive judgements of nearly $1 million dollars when common sense is ignored.

So, weigh in. What do you think about this whole issue?