You are here: Home / INSPIRE / 20 Random Things about Me 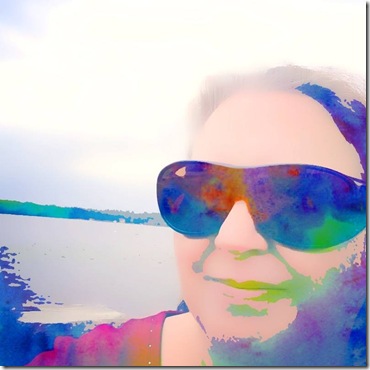 I’ve seen some posts on a variety of different blogs where people shared 5/10/25 random things about themselves and since the other day, a group of us somehow ended up in a conversation about random facts about ourselves, it’s been on my mind. So, I decided to dive in!  Here we go:

I have a pink ukelele. No I can’t really play it because I am terrible at tuning it and it goes out of tune really easily. But it’s really shiny and pretty. 🙂

I’m absolutely positive that Robert Downey Jr is my soul mate. I’m just waiting for him to figure it out.

Whenever a fire truck goes past the house, my dog “sings” (howls) along with it. She now comes running to find me and waits for me to sing (howl) along with her. Of course, I do.

I used to take dance when I was a kid and I wanted to be a ballerina when I grew up. I grew up all right. My breasts grew so much that ballet became IMPOSSIBLE.

I used to make fun of dog people – ones I thought were overly attached to their dogs. I now have an 85 lb. German Shepherd. She sleeps with me. We spoon.

I fake it…snapping my fingers that is.

I can’t whistle. Well, I can sort of whistle but only by sucking air in. I can roll my tongue though.

I love the taste of bananas, celery, and coconut but can’t eat them because of the texture.

A Harlem Globetrotter (Meadowlark Lemon) once landed in my lap during a game..

I met Colonel Sanders when I was a kid. I wanted to take him home with me so he could be my grandpa.

I worked on Bill Clinton’s campaign when he was running for governor of Arkansas.

When I was a kid, my happy place was the porch swing at my grandma’s house.

I used to own a turquoise T-bird convertible. I almost loved it more than my daughter and my dog.

I love mice. I used to breed them when I was in high school and have had lots of them as pets.

I sleep on my stomach with my arms raised over my head – as someone recently described it, like Superman flying through the air. I purchased my bed specifically for the design as it would easily accommodate this.

I was raised Baptist but I converted to Catholicism at age 26.

I so badly wish I could sing but I just sing badly. My dad sang in a barbershop quartet and my daughter was a vocal music major in school. Apparently it just skipped over me.

I’ve always wanted to go back to university to get my degree in Anthropology.

I love heights and riding on roller coasters makes me happy beyond belief.

I’d love to hear a random fact about you in the comments!